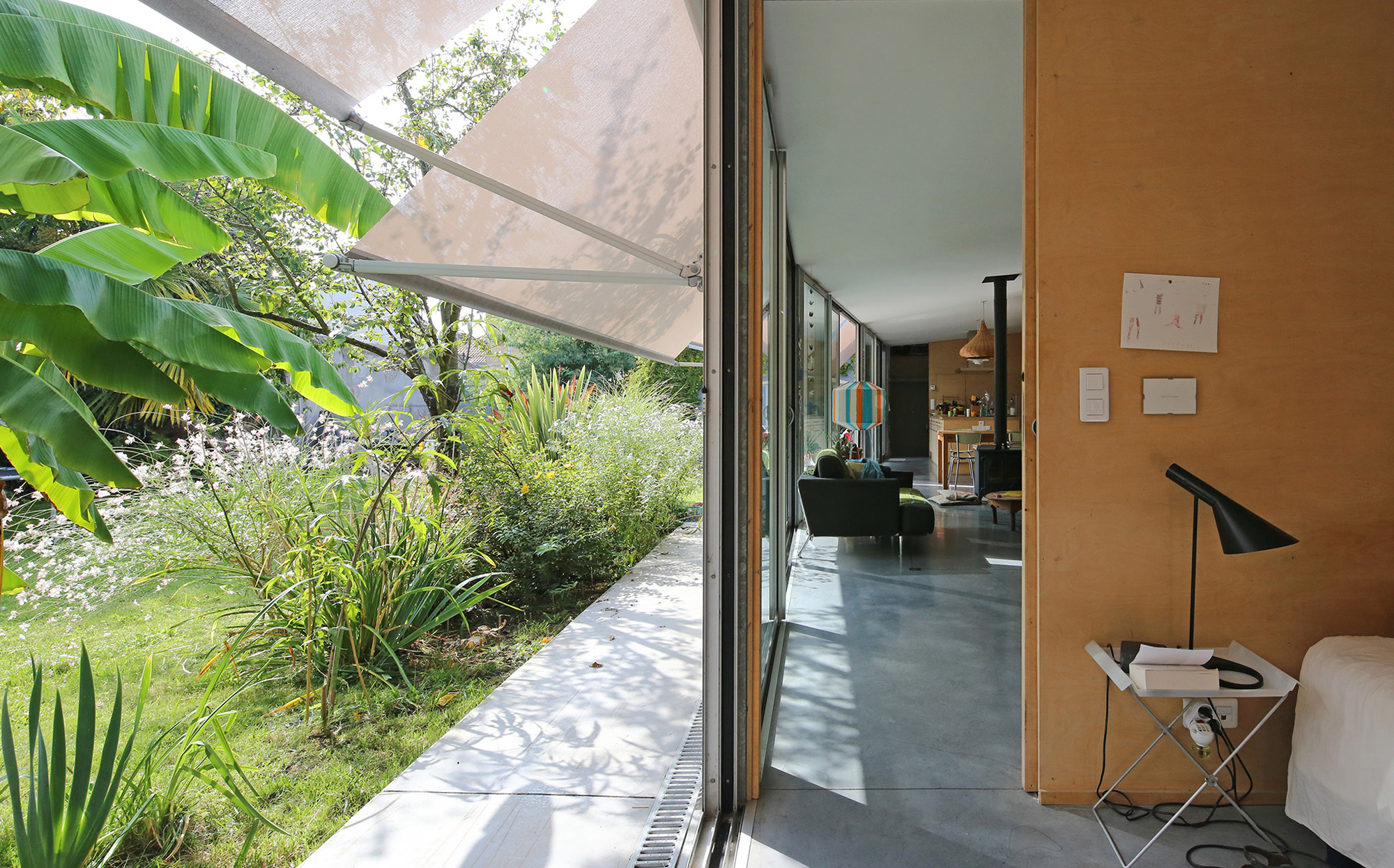 This project enables the harmonious coexistence between an existing house and its extension, while also creating two atmospheres specific to each building.

The existing house and the extension, positioned along the party wall, form an L. The core of the main building, which is south facing and extends onto a terrace, houses the communal rooms. The garden facade connects to a corner of the existing house and adapts to the level of the sitting room in order to provide a larger indoor space. It is composed of sliding bay windows which enable the interior of the rooms to be opened widely onto the garden. Projecting awnings in micro-perforated fabric protects the bay windows from the sun and regulate indoor luminosity.

The internal partition, comprised of birch plywood panels, opens out into all the rooms of the extension. The same material is also used for the kitchen facades, the library, and the bedroom storage units. The existing house has a bedroom on each floor, and a stairway which runs along the north facade. The broad recesses of the windows are dressed with pine plywood and form little alcoves.

A cabin is installed at the bottom of the garden, covered in layers of bitumen and housing the bathtub. Its wide glazed frame, with jacks enabling complete opening, make this little room overlooking the garden a relaxing and enjoyable spot. 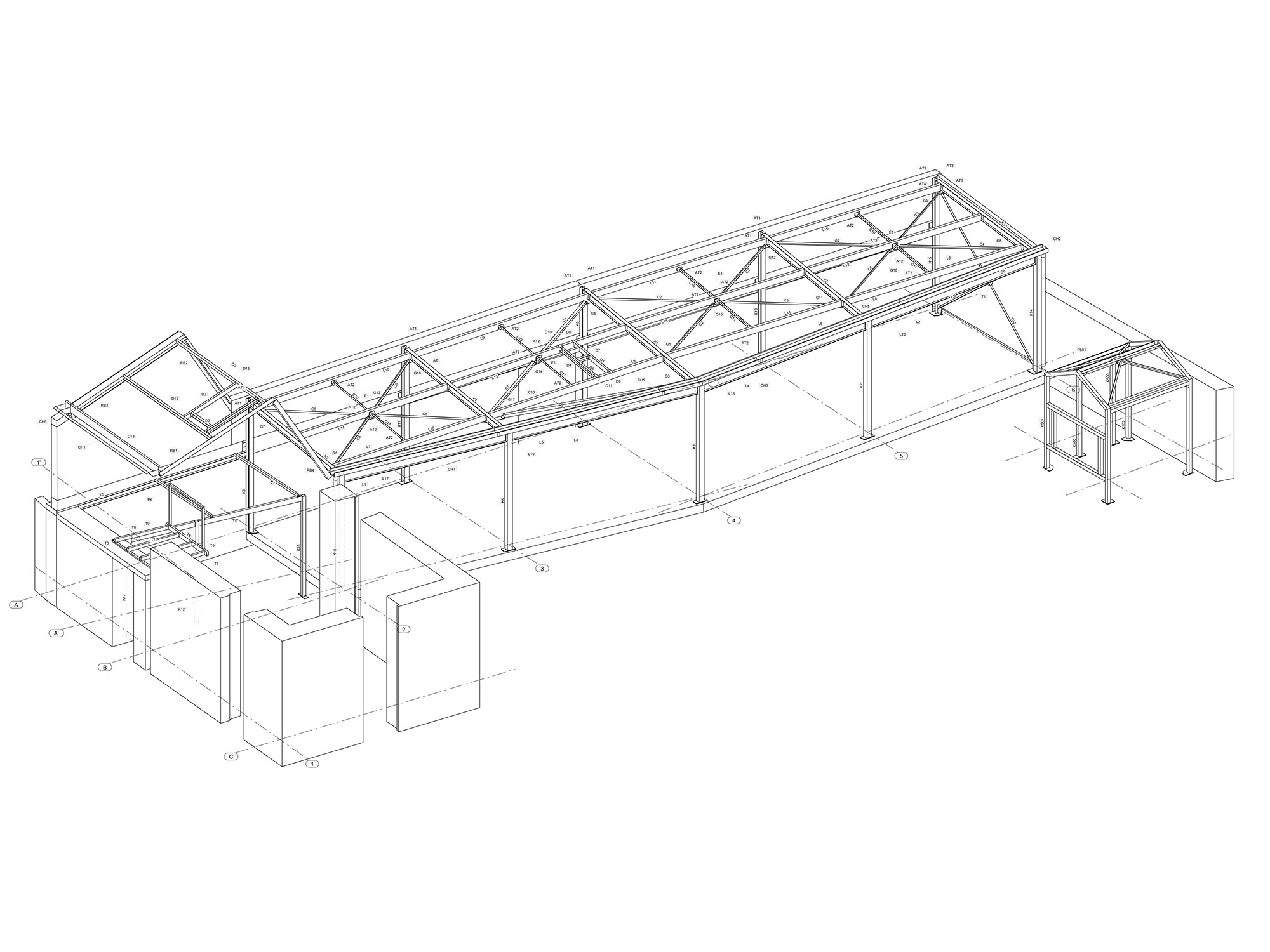 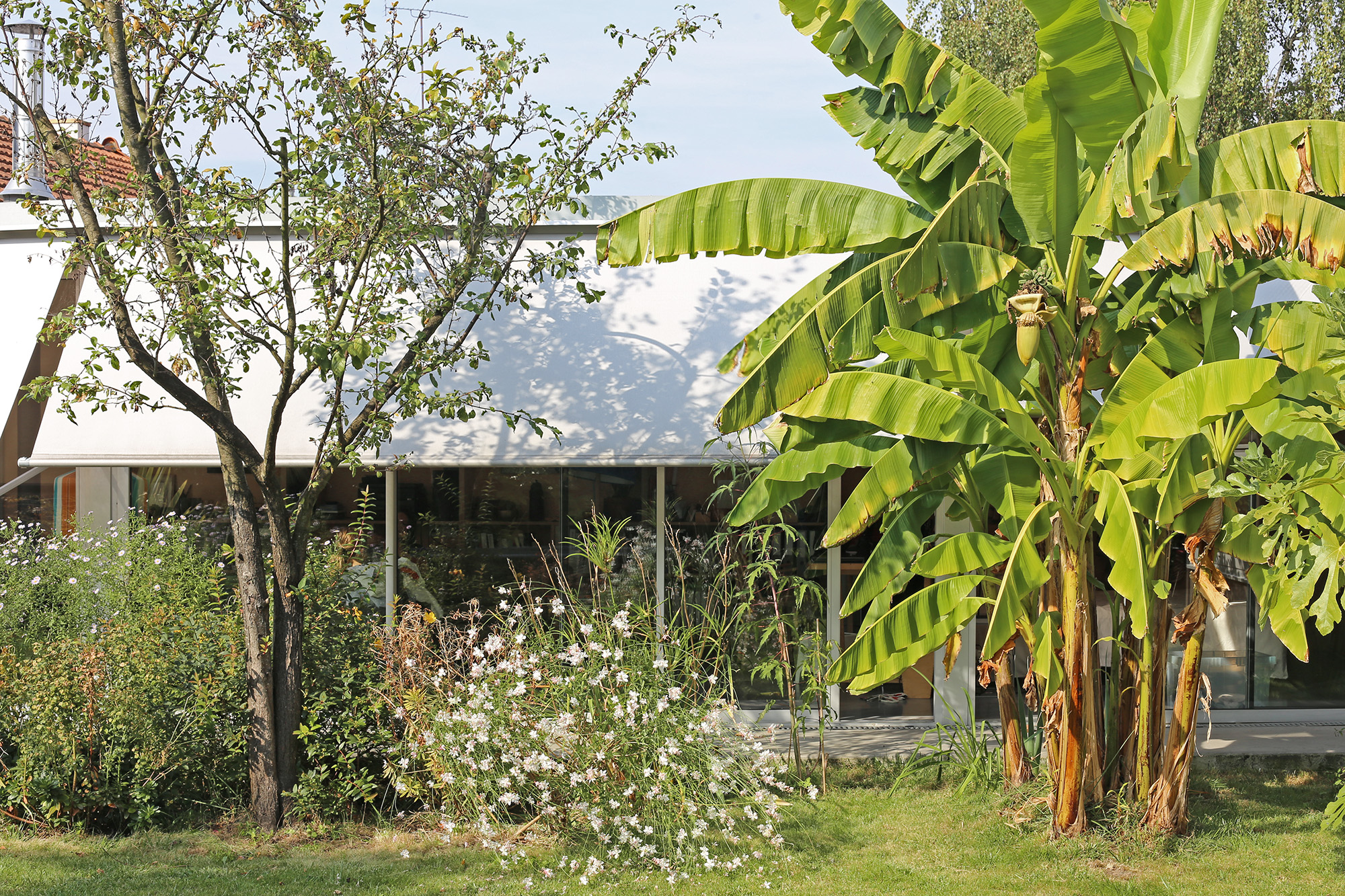 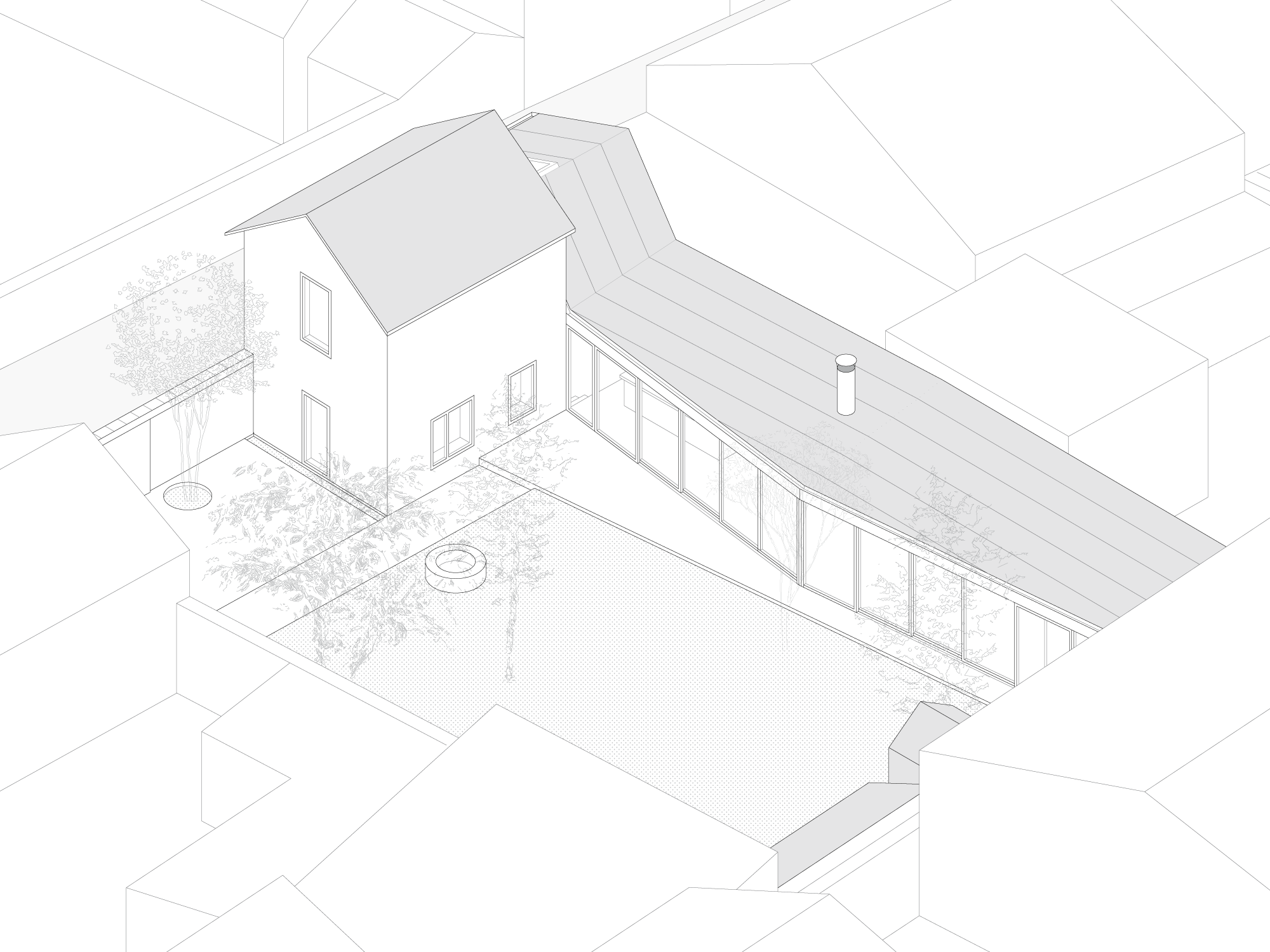 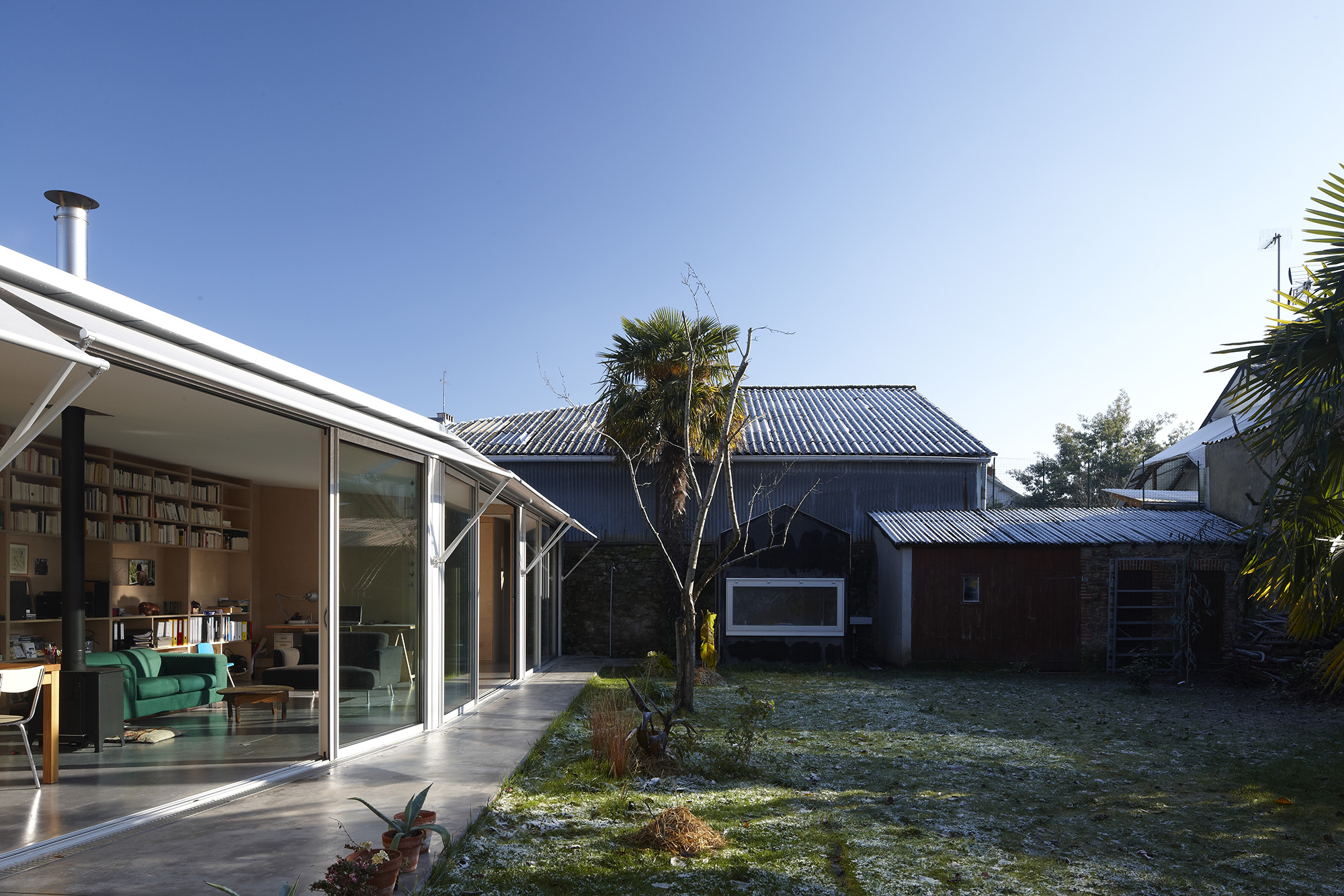 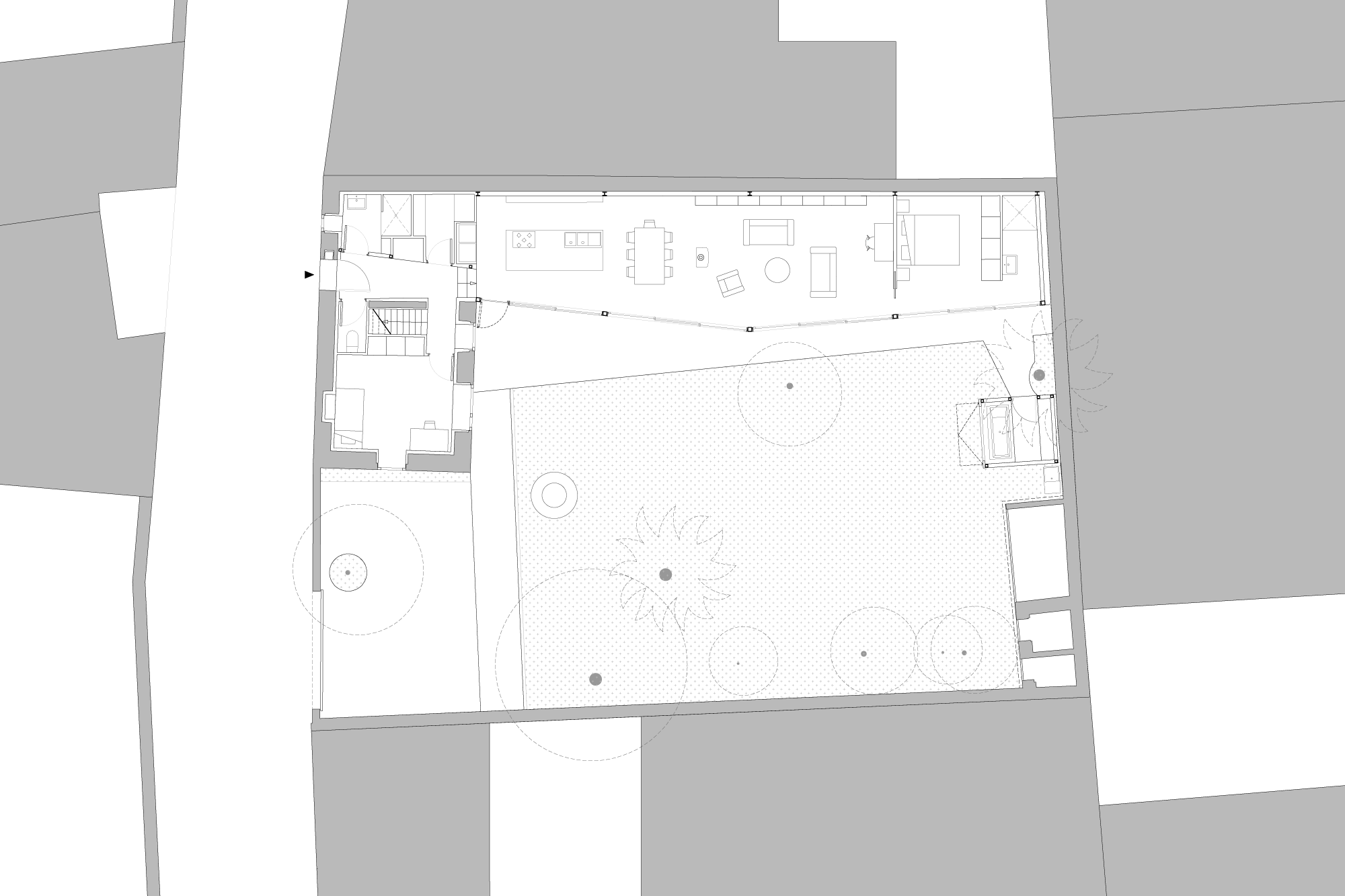 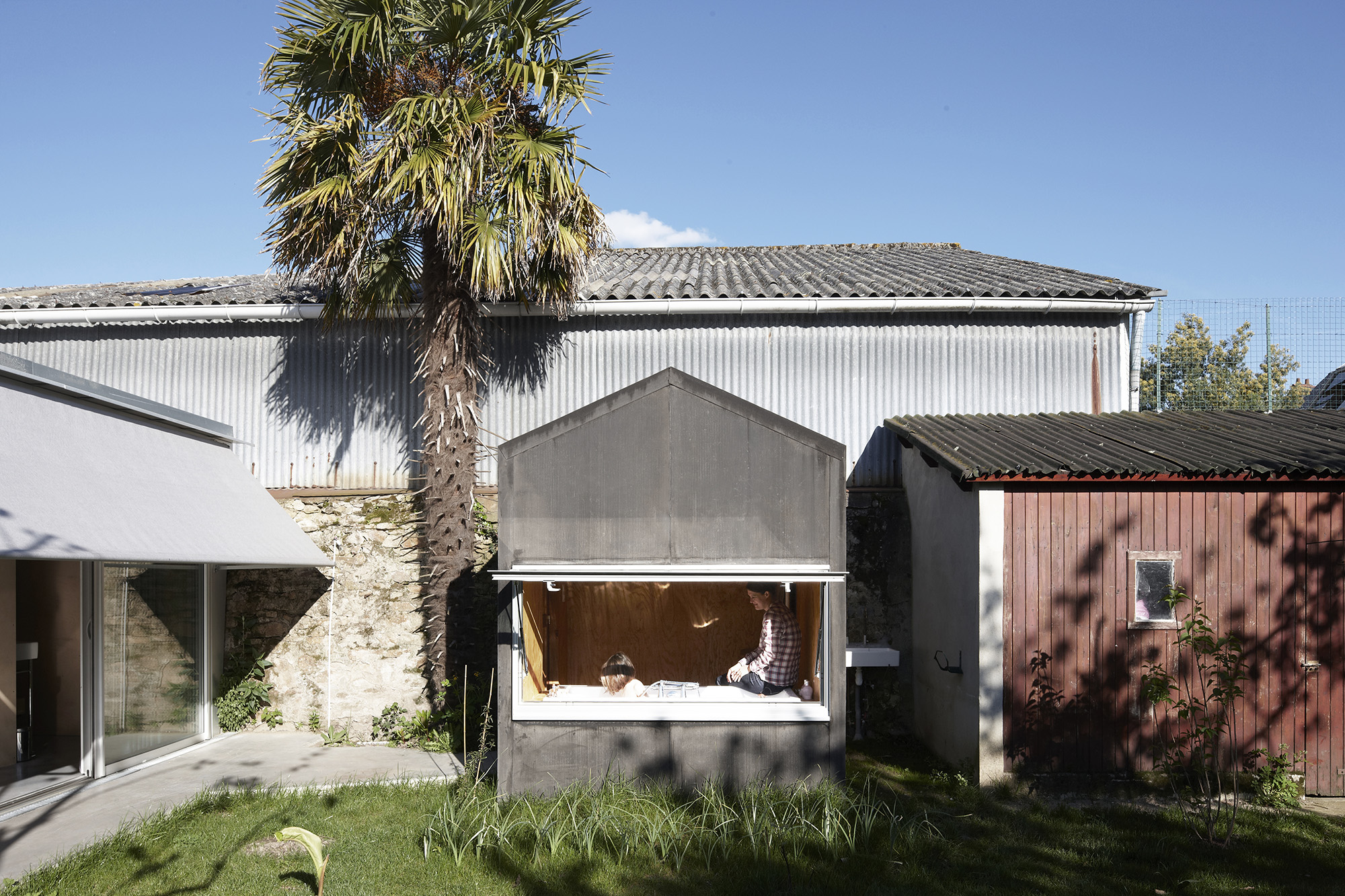 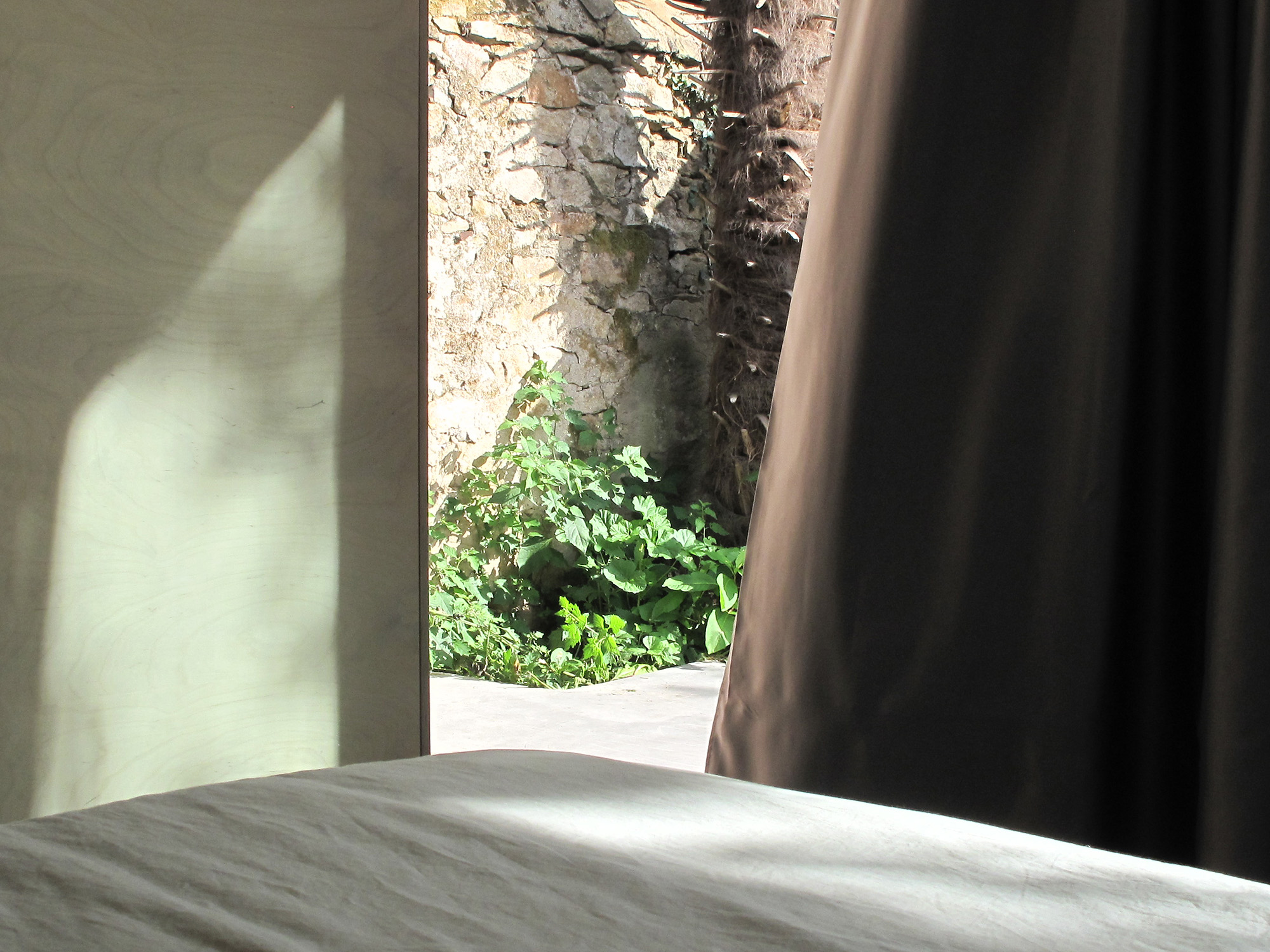