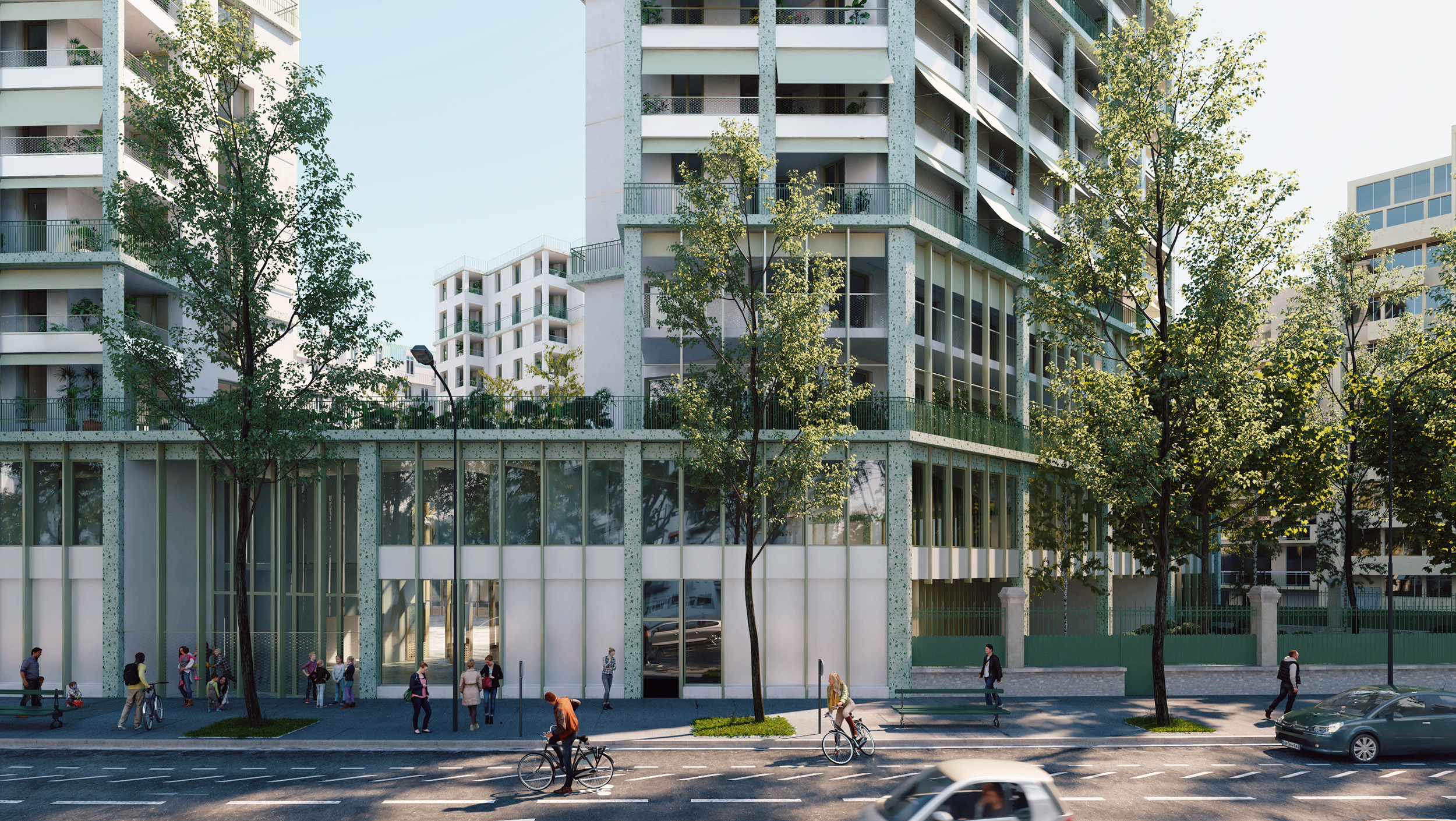 RATIONAL VOLUMETRICS The block’s organization proceeds from a series of volumetric substractions based on the maximum bulk. These substractions aim to settle the planned buildings subtly within a very contrasted urban context. The main schoolyard, rectangular in shape, is positioned at the centre of the plot. It creates a protected space, whose regular geometry eases short-cuts between the main parts of the school. The programmes emerging from the school’s socle are split in three buildings, which structure the site’s three angles, allow crossing views through the plot, and an optimum sunshine exposure. To favour each programme’s intimacy, the dwellings’ organization is independent of the school’s geometry. This independence helps to give the inside of the block a fluid and multi-oriented character, which gives a new meaning to the unfinished courtyard of the adjoining north building.

COHABITATION The organization of the four programmatic centres aims to favour each one’s autonomy, and particularly their various outside spaces’ intimacy. The classrooms and the main spaces of the school are oriented toward the schoolyard, surrounded by a perimetric glass canopy which protects it from the proximity of the dwellings’ facades. The dwellings are divided into three buildings and as many distribution cores. They are characterized by their inner spatiality and their numerous orientations, which acts as density compensators.

INTERTWINED FACADES Our proposal seeks to integrate the diversity of the programmes within a unitary structure, while taking up the whole architectural potential of each one. The facades’ layout is thus based on an intertwining principle, which combines public facilities and dwellings, to create a unitary and abstract system which addresses the public realm. 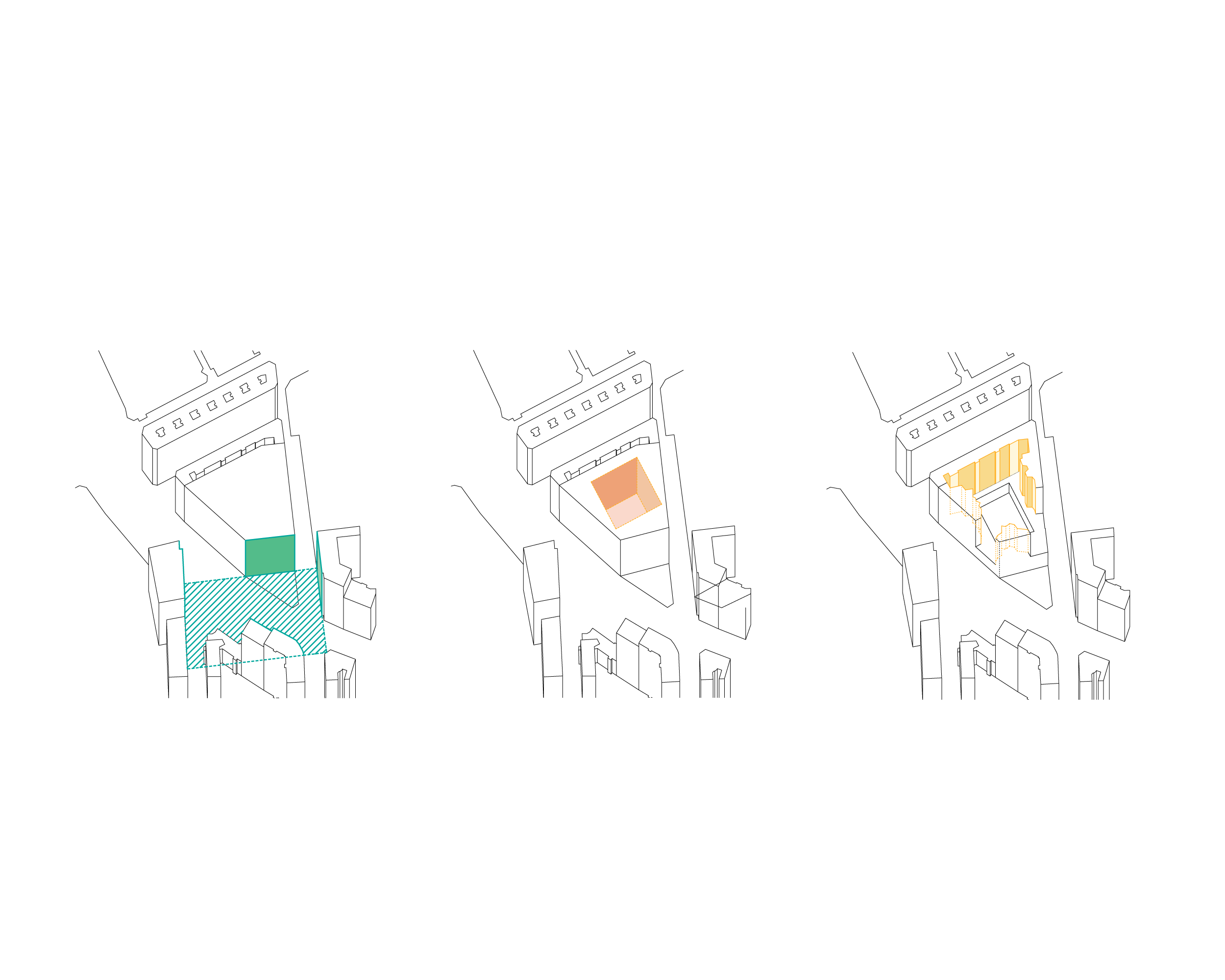 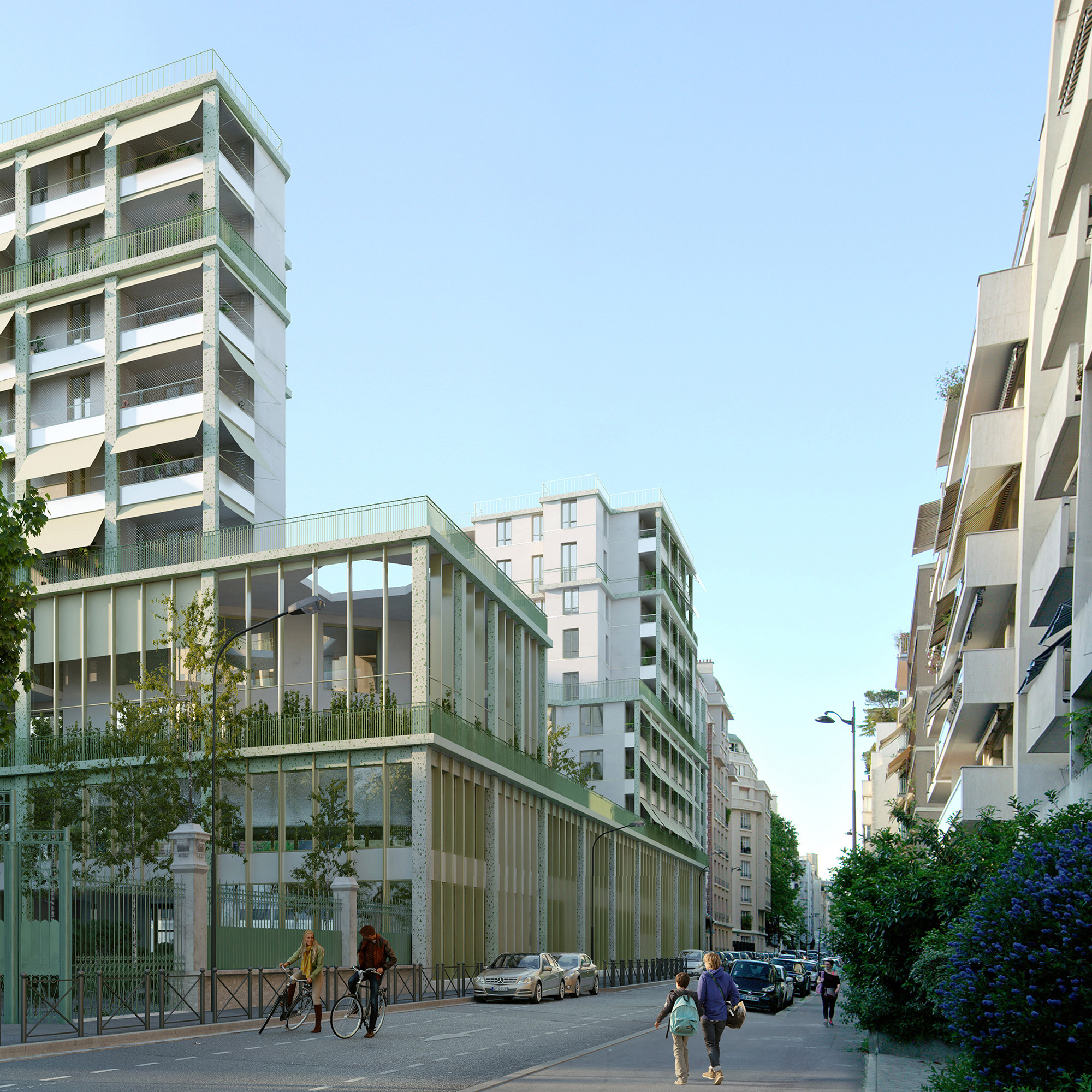 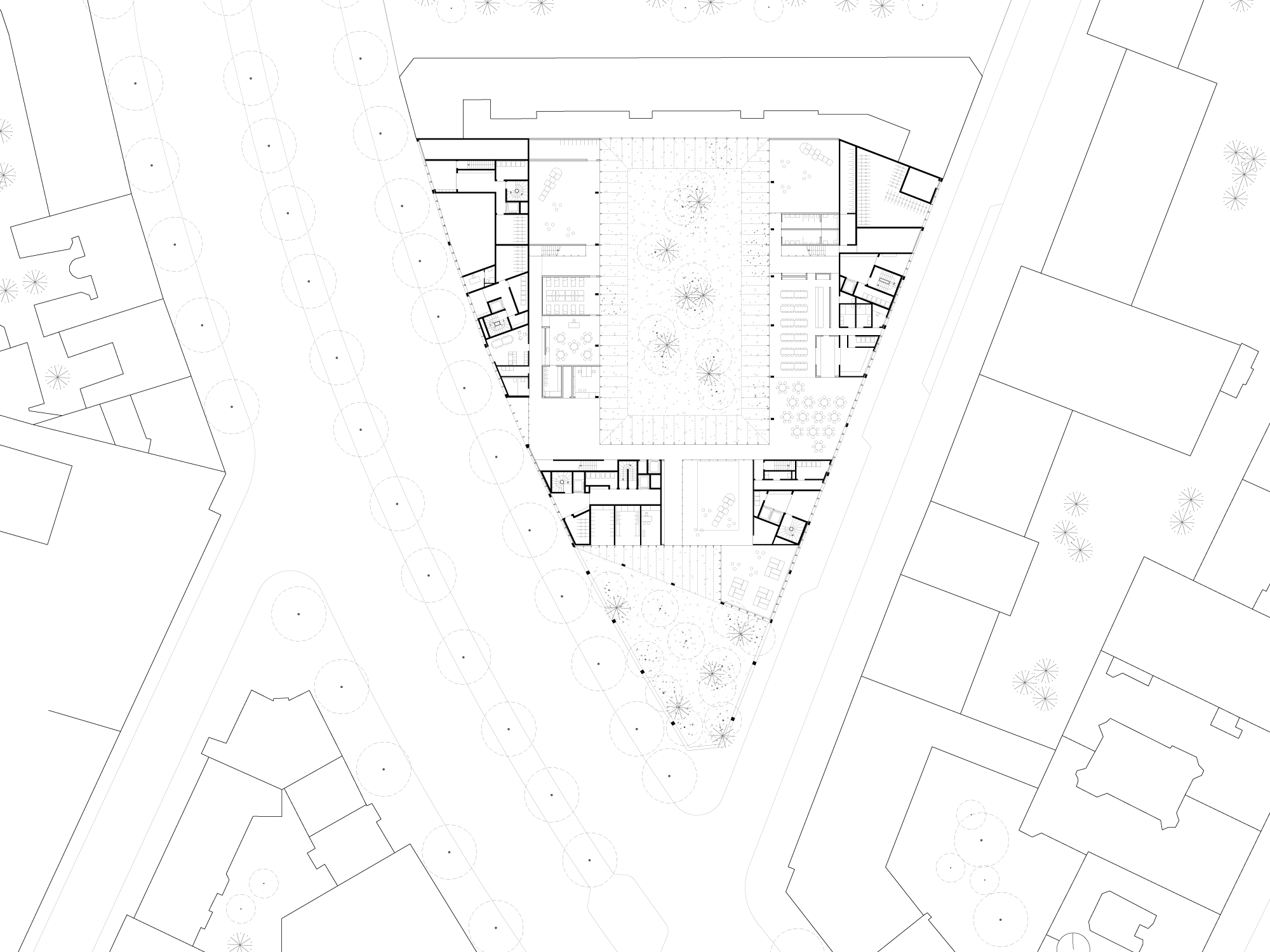 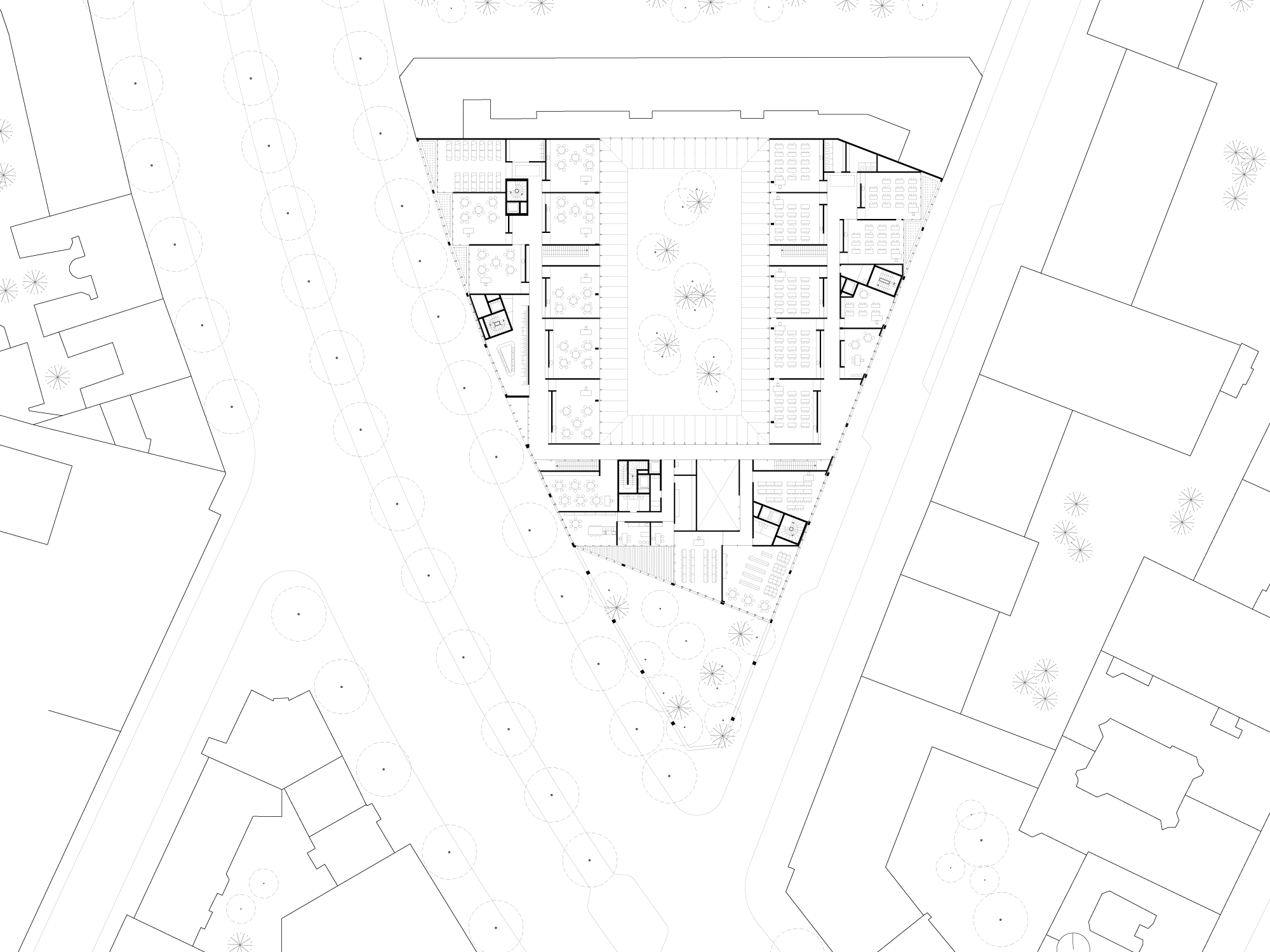 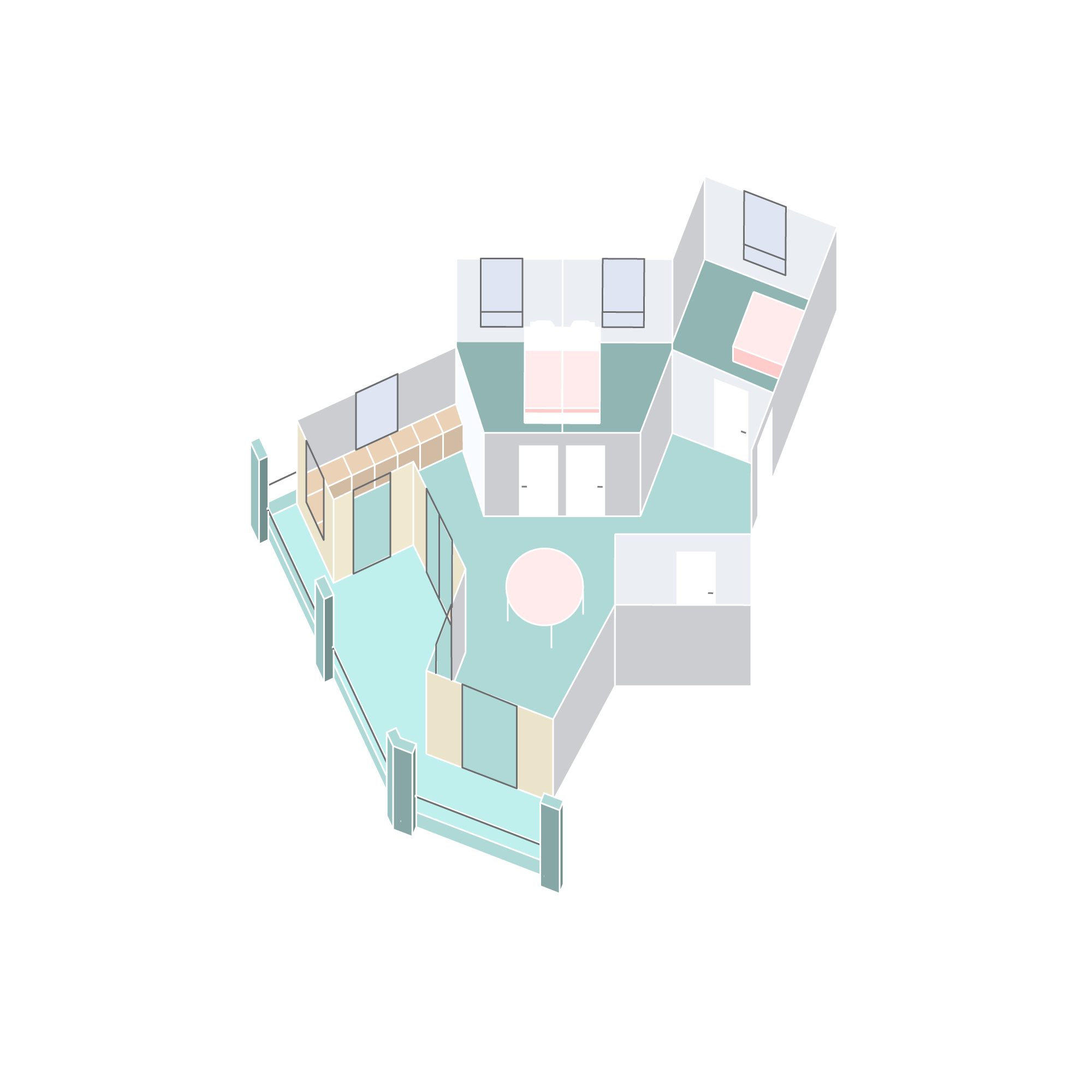 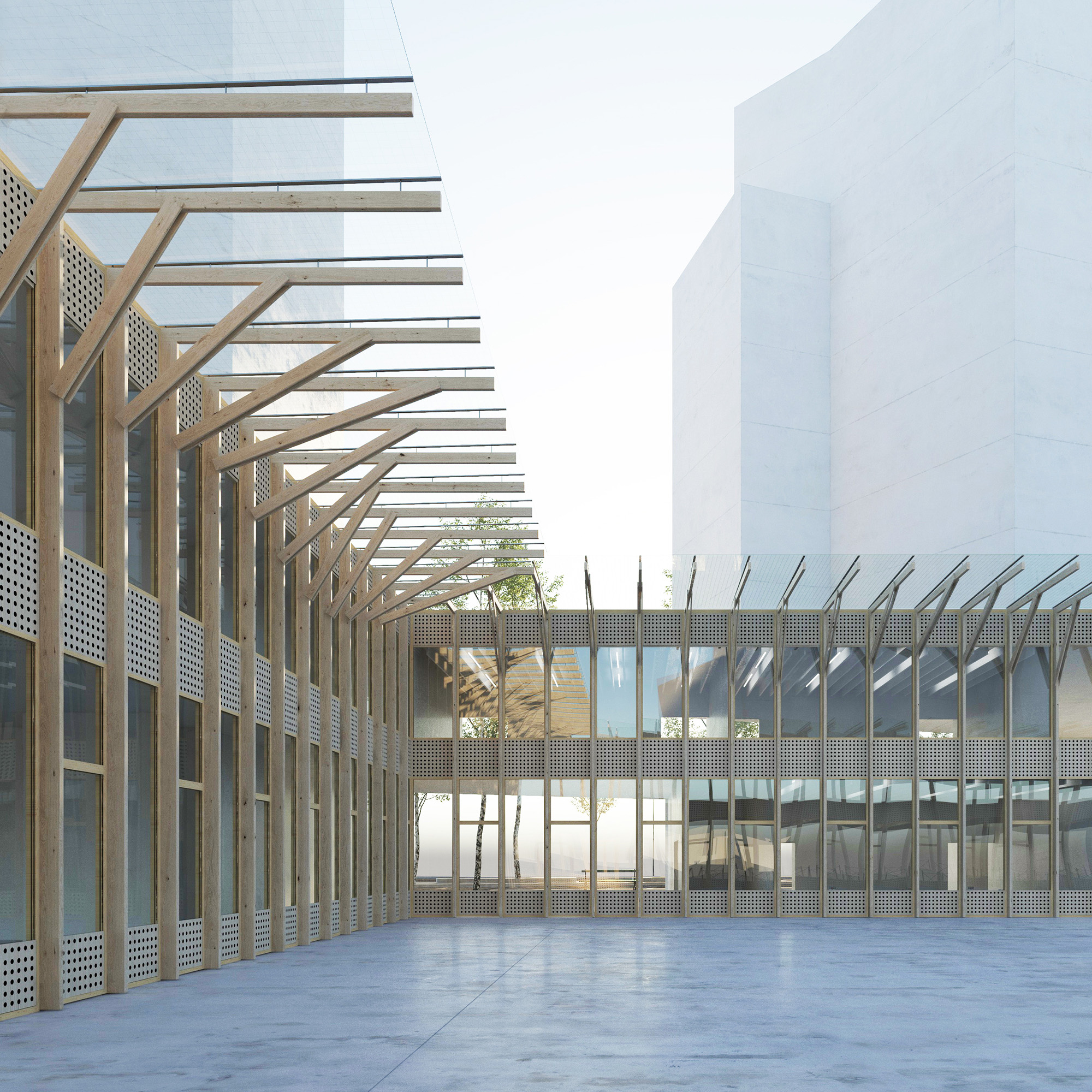