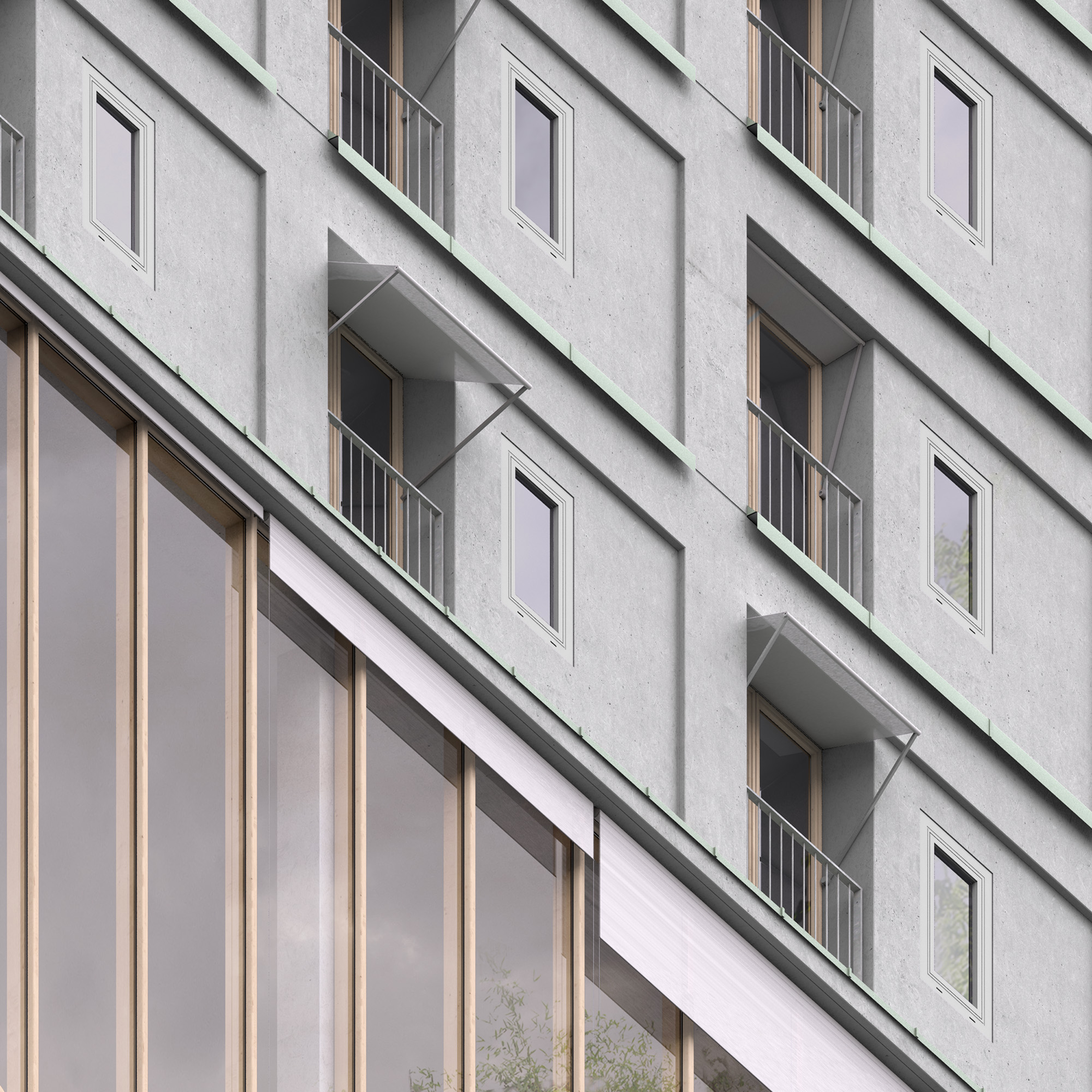 Cité Descartes, an open city Located in eastern Ile de France, Cité Descartes presents an urban environment that is both pastoral and suburban, populated today by large ‘bachelor machines’. The public spaces, often oversized, therefore have difficulty acquiring any real vitality, due to a lack of sufficiently qualified urban fabric. The organisation of our project seeks to produce built volumes with legible geometry, while also creating clearly qualified spaces across all facets of the site. This ability of the project to remain legible from distant or close perception thus guarantees its validity at all scales of perception of the site.

Height distribution / Layout The project is composed of three elements, a ground-floor level which contains the communal areas, and two core buildings dedicated to the bedrooms. The latter are distributed along ringed circulations organised around central distribution hubs.

Ergonomics The typical bedroom is designed in order to make optimal use of each square meter available to the student. Two units are positioned along the two side walls of the bedroom. One contains the kitchenette, a cupboard, and a desk, the other a prefabricated bathroom and a bed area including drawers and shelves. The free space thus created corresponds to 60% of the total surface area of the bedroom, which the student may inhabit as they please (bedroom - living room/bedroom - dining room/bedroom - office). Each room has two windows, a door window fitted on the inside face of the facade, which benefits from a mini-balcony in the deep recess of the facades, and a small tilting skylight fitted on the outside face which releases a small internal shelf situated as an extension of the office.

Patinated materials The architecture of the project seeks a unitary expression of the two core buildings made of in the same tone of concrete, carefully worked and formed, and left exposed. The quality of the woodwork, the movement of the projecting awnings, the welded skirting, the flashing made from widths of copper and the poured-in-place concrete, constitute a simple building, making the most, without affectation, of its construction and its programme, and bringing a strong sense of comfort and perennity. 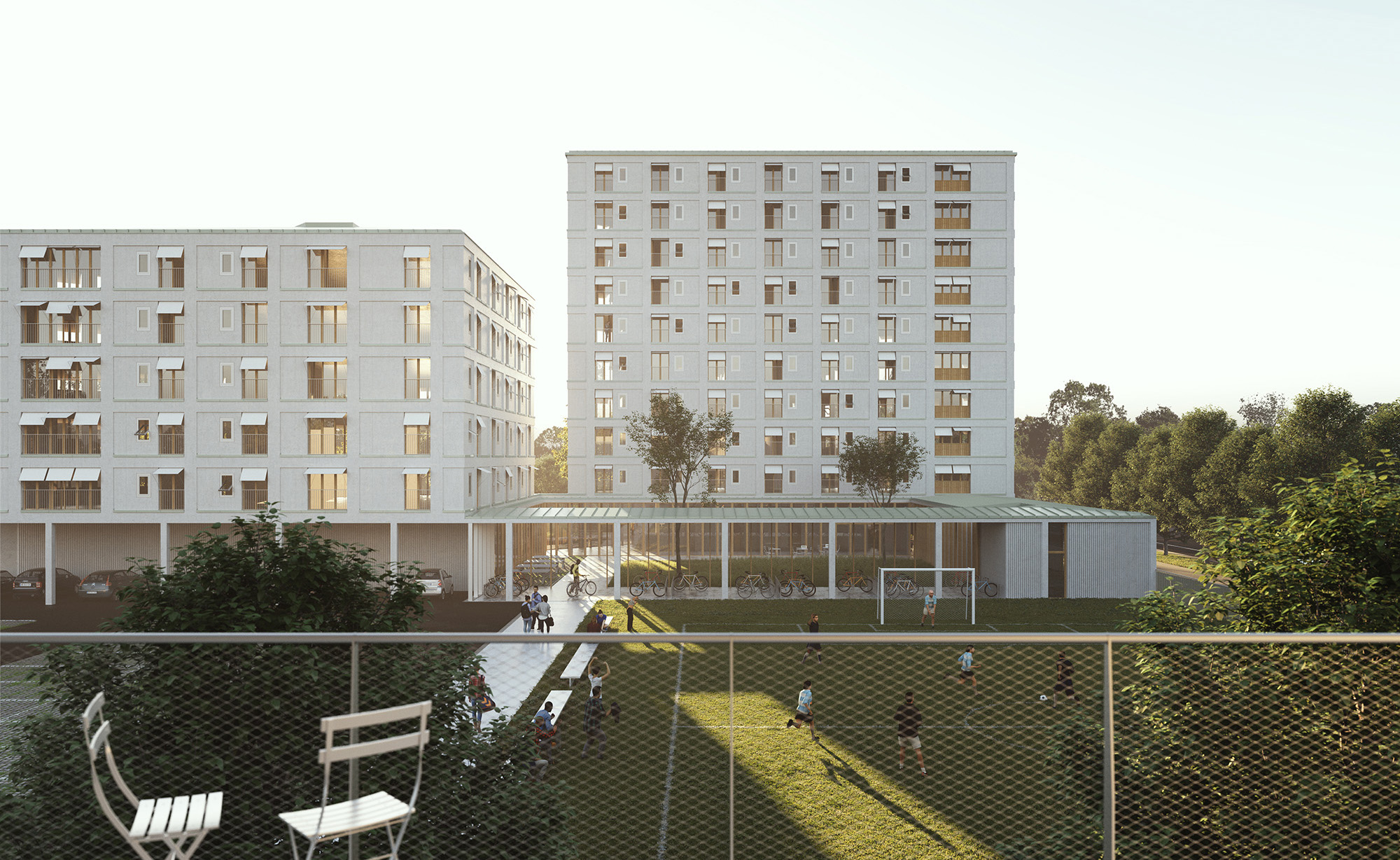 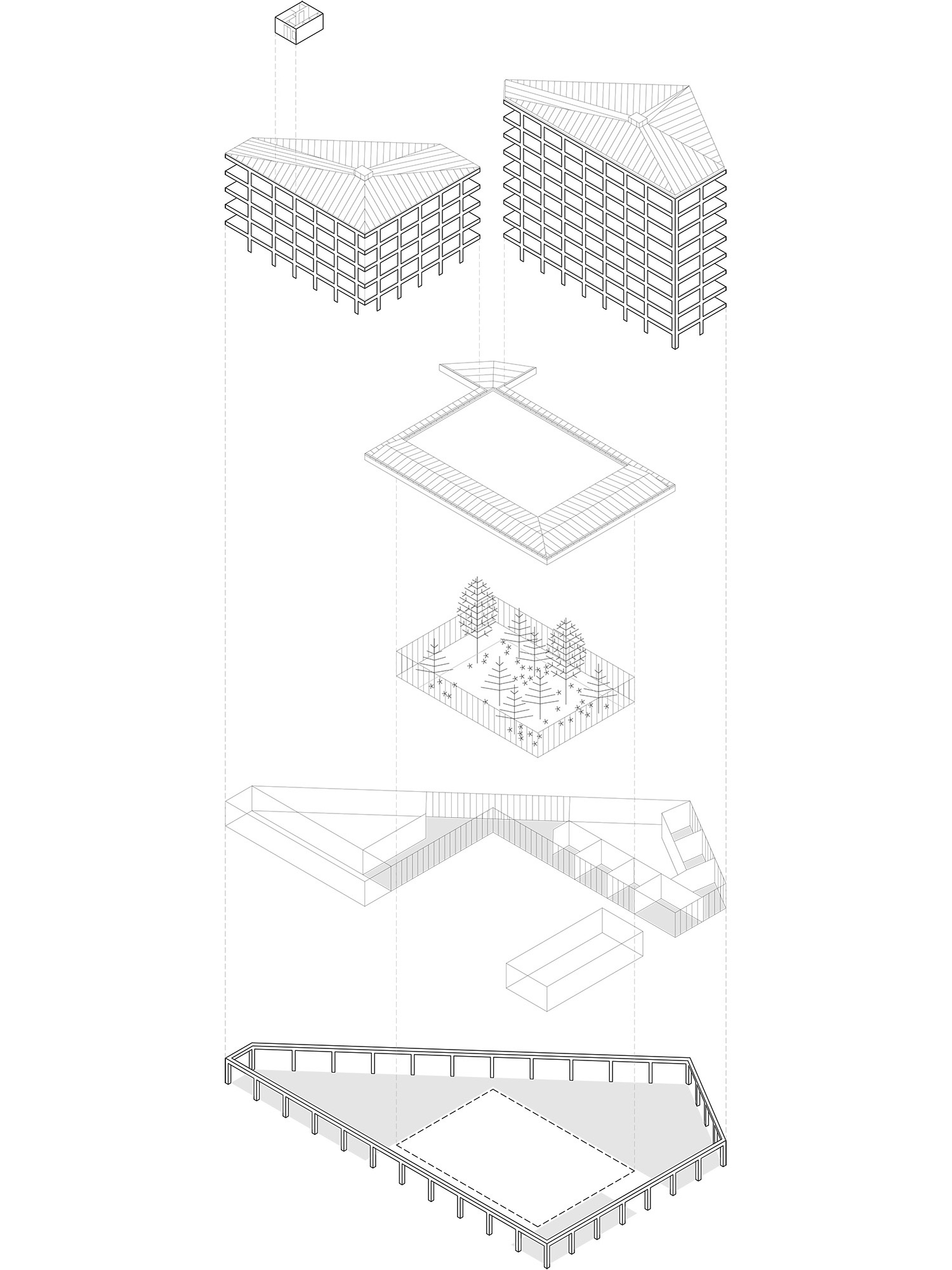 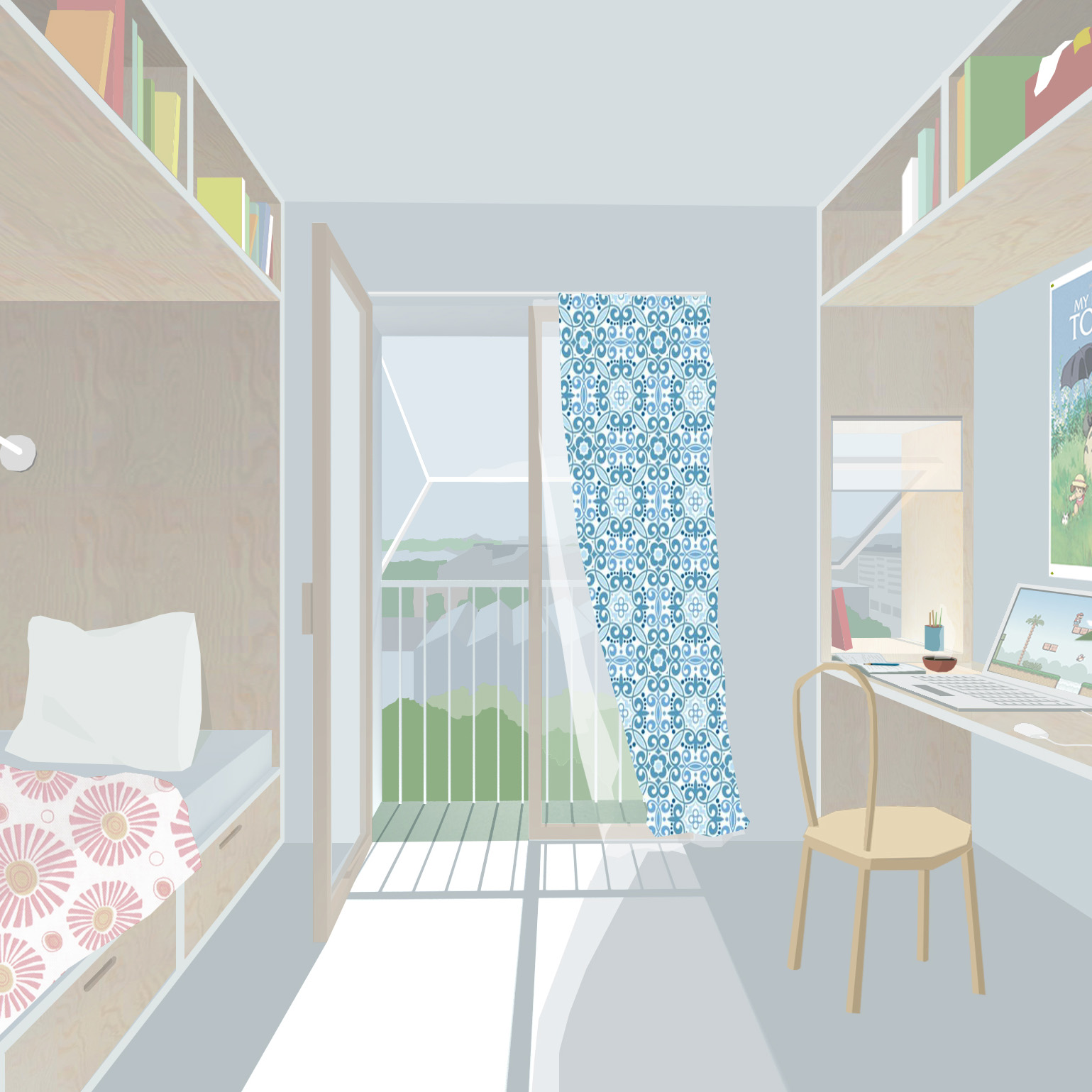 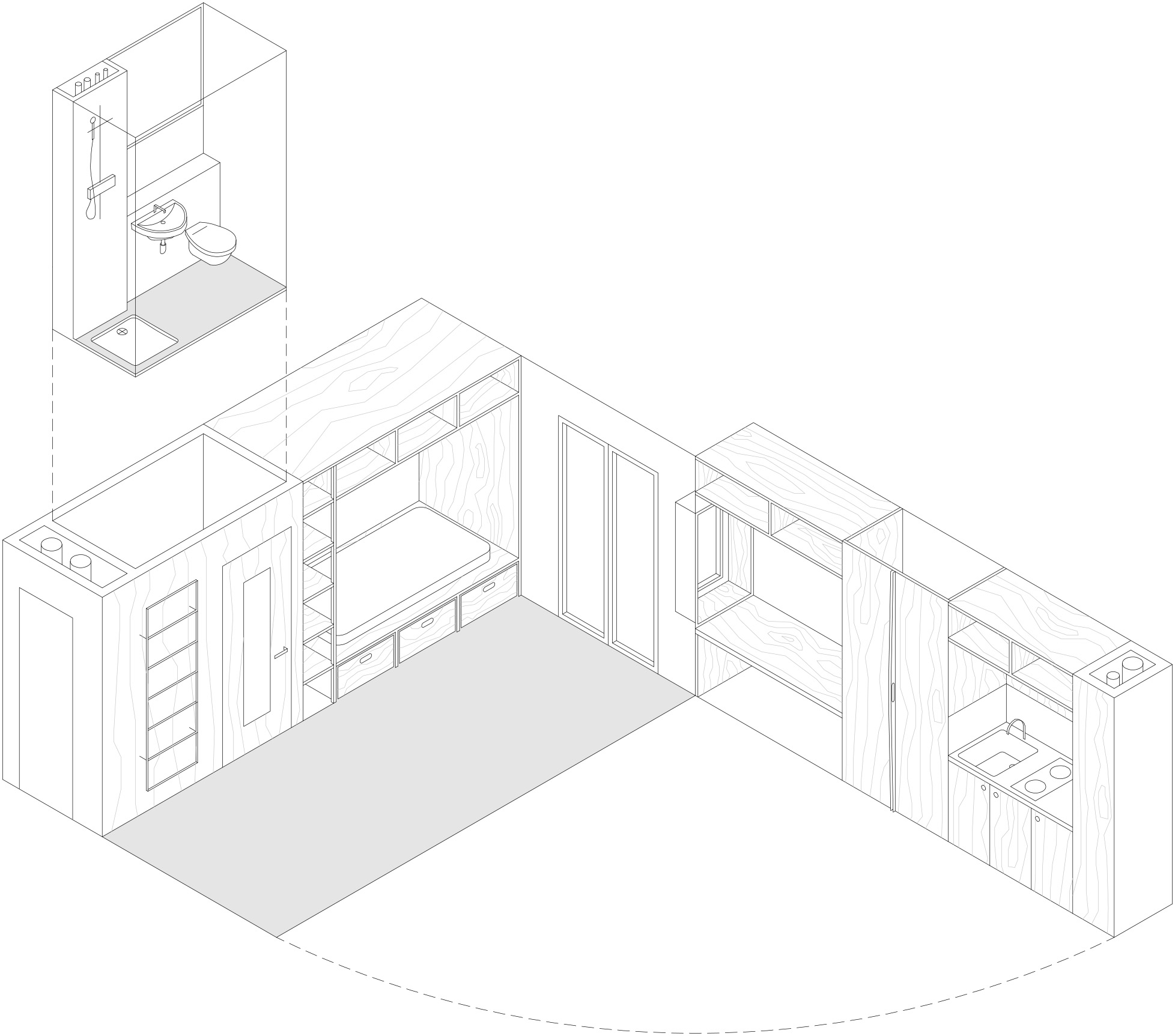 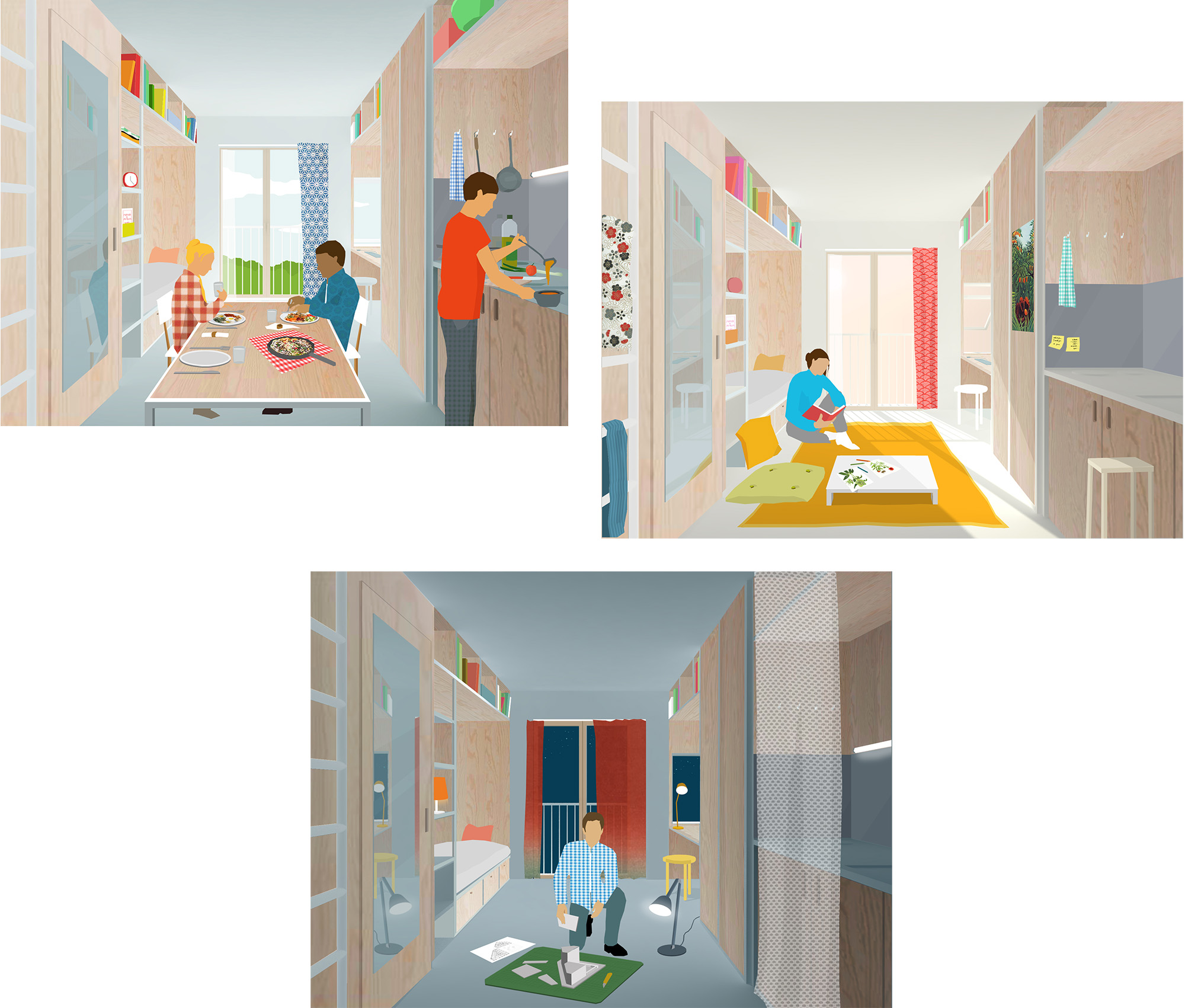