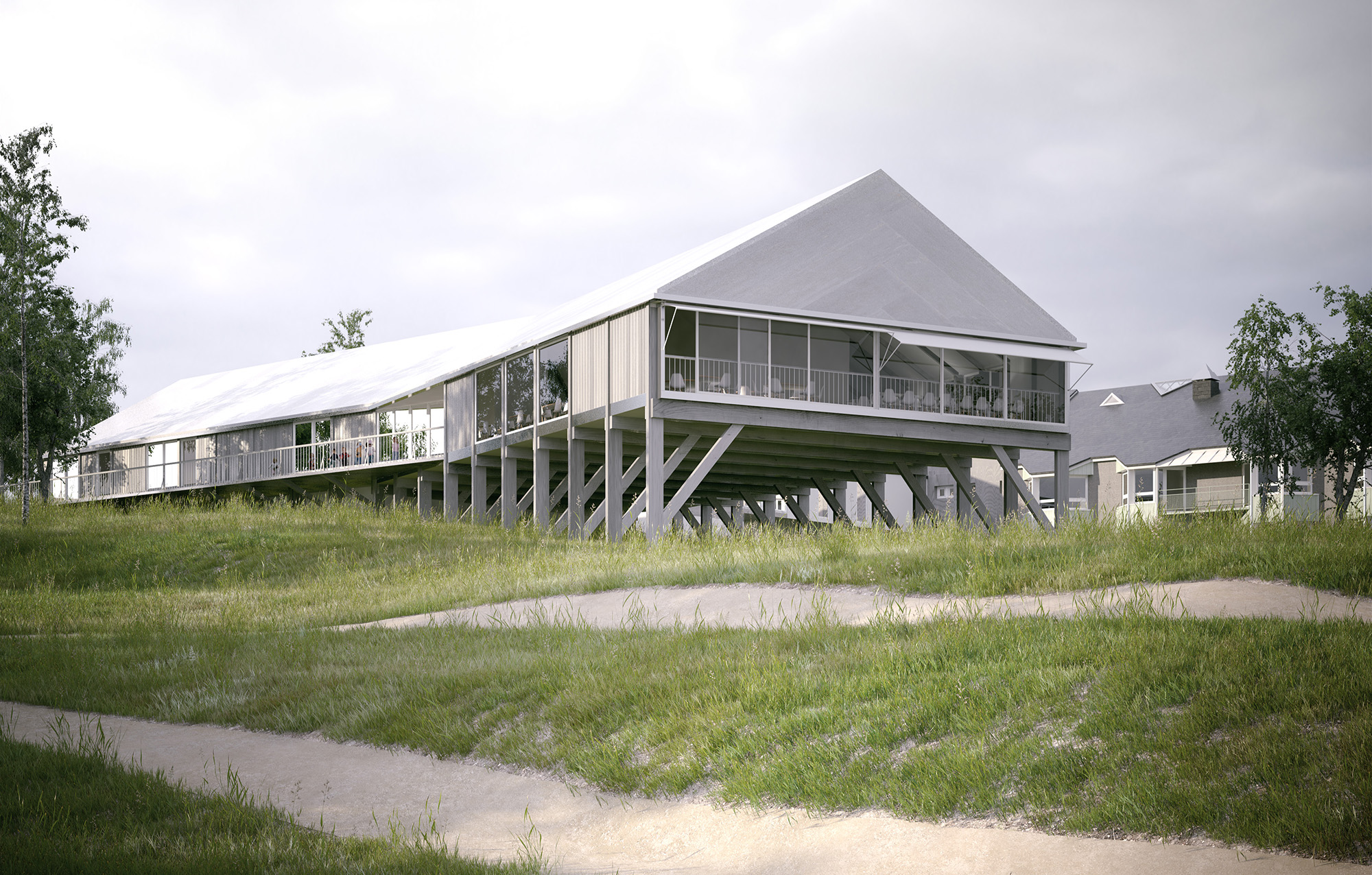 The building is sensitively inserted into the topography of the site, anchored into the natural terrain on the north side and raised on wooden piles on the south side. A central inflexion serves to mark the entrance to the restaurant and protect the existing views from the rooms of the adjoining wing. This inflexion corresponds to the division between the technical area of the kitchens and the canteen area.

The building’s image is marked by its structural expression, composed of a wooden portico, tie beams and struts which contribute to its integration into the site’s rural landscape. Watertightness is provided by large widths of PVC in a slate-like colour, folded in an alternating pattern over the gables. The envelope of the building thus forms a large internal volume with no supporting points, availing of a generous ceiling height and largely open to the surrounding landscape. 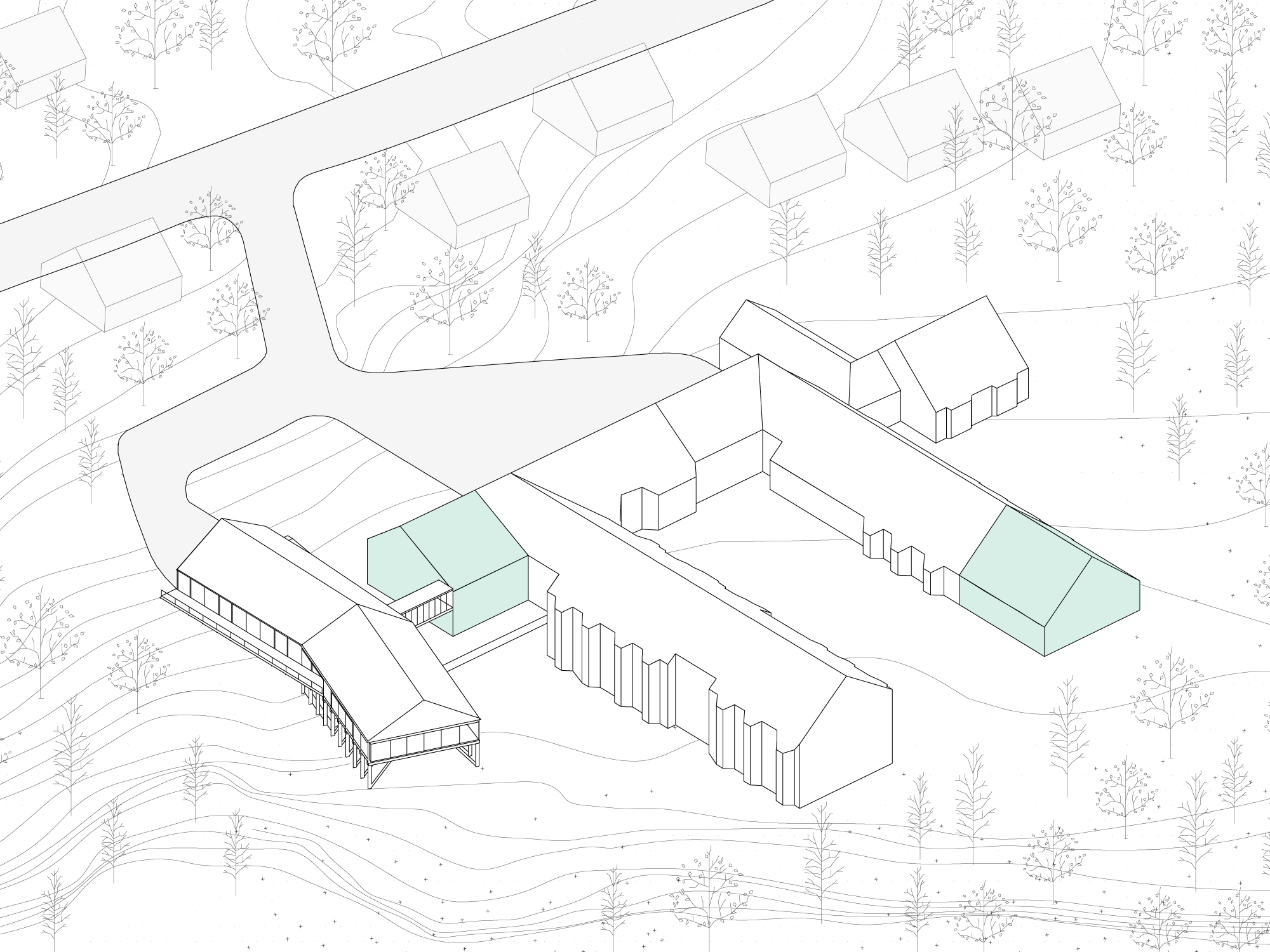 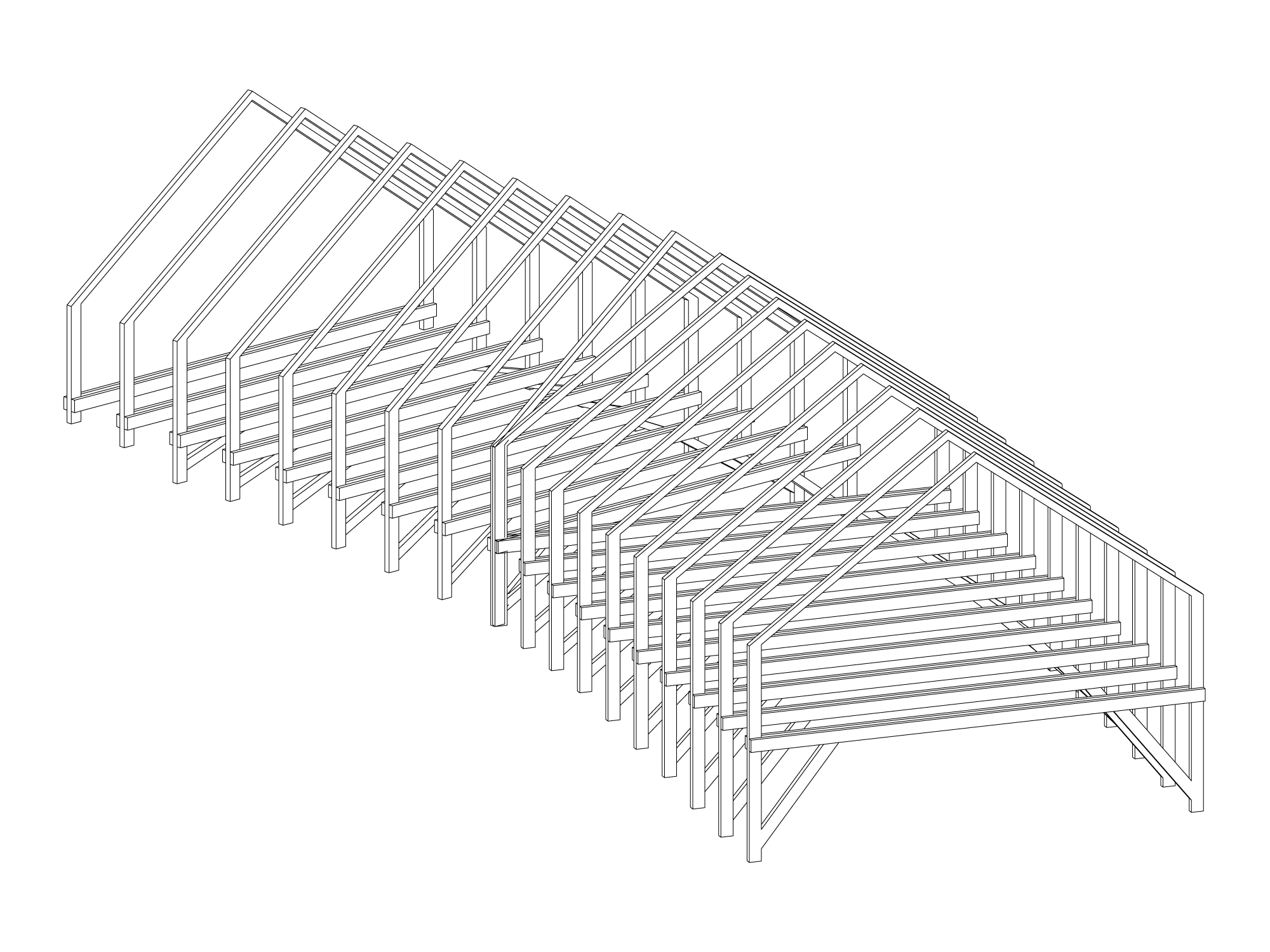