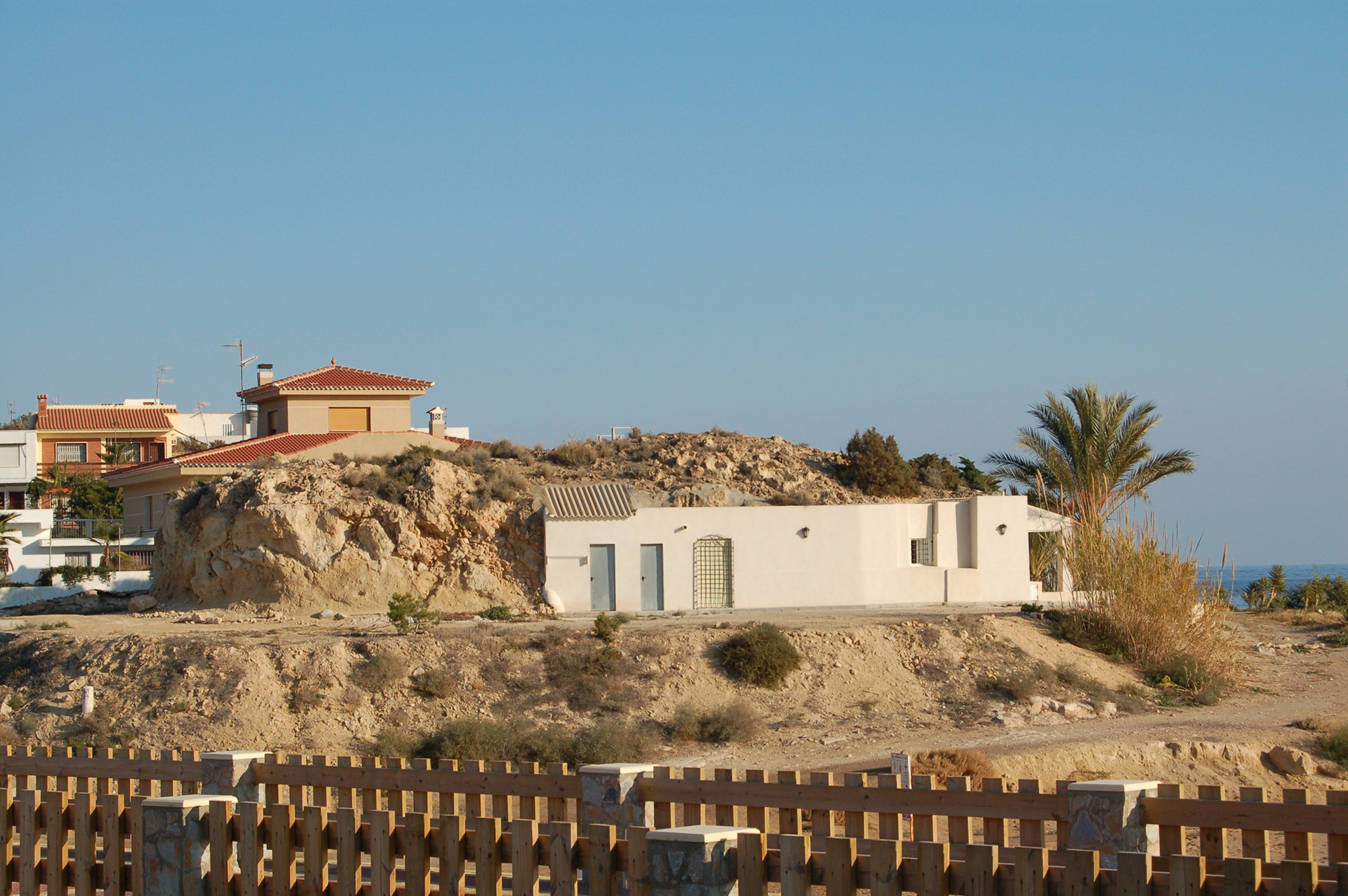 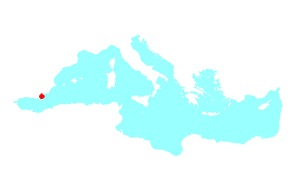 Spain has an abundance of troglodyte residences. This house, located opposite the previous construction, is like its inverted double. The proportion between the natural terrain and the built elements has been inverted to such an extent that it appears to defy the laws of construction. The erosion of the terrain / support is such that it constitutes, as it stands, a form in itself, its built facades seemingly without thickness : Access is gained via the lower level by means of a service road running alongside the main road, the principal facade extending along the upper level overlooking the sea. 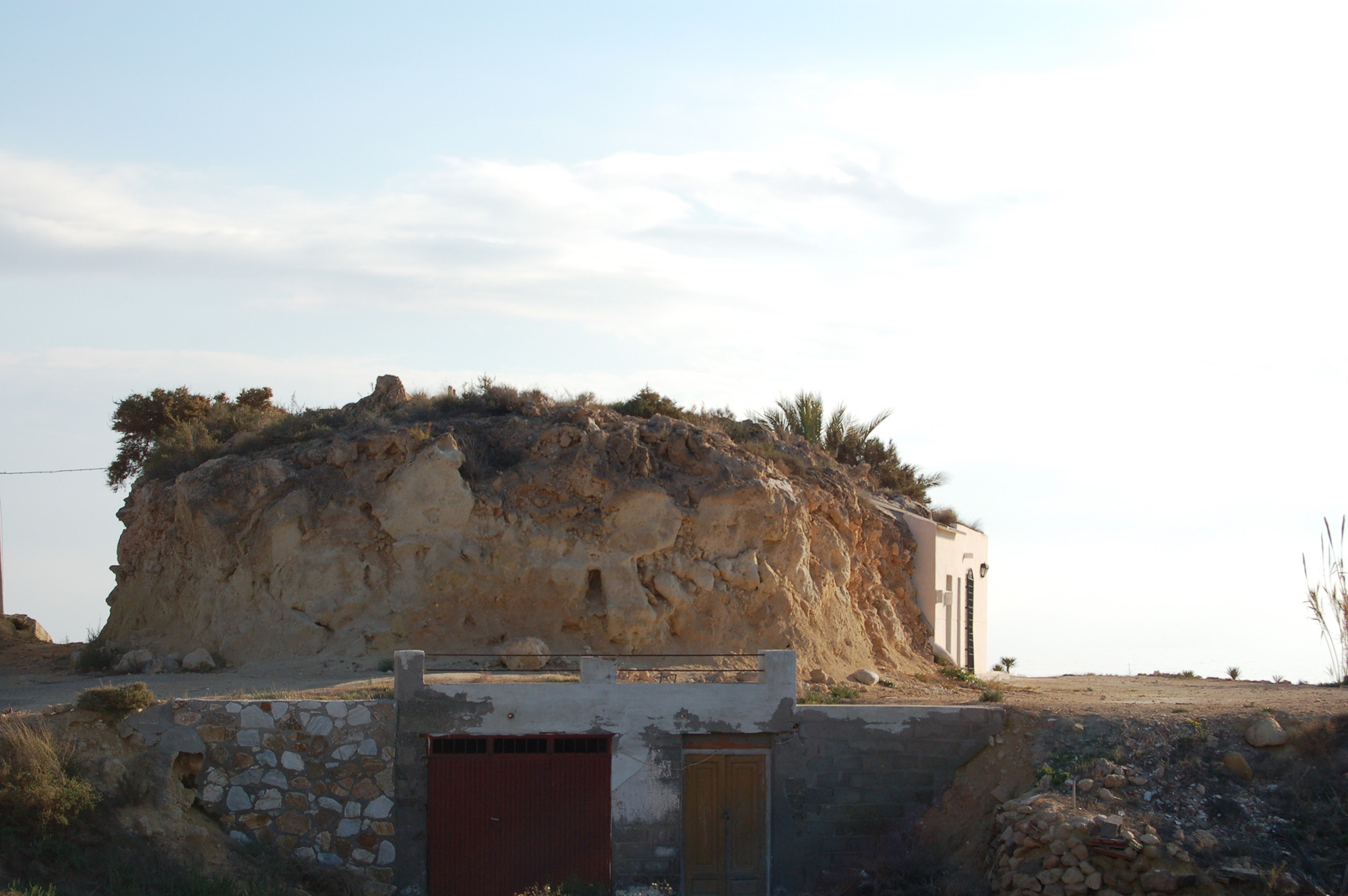 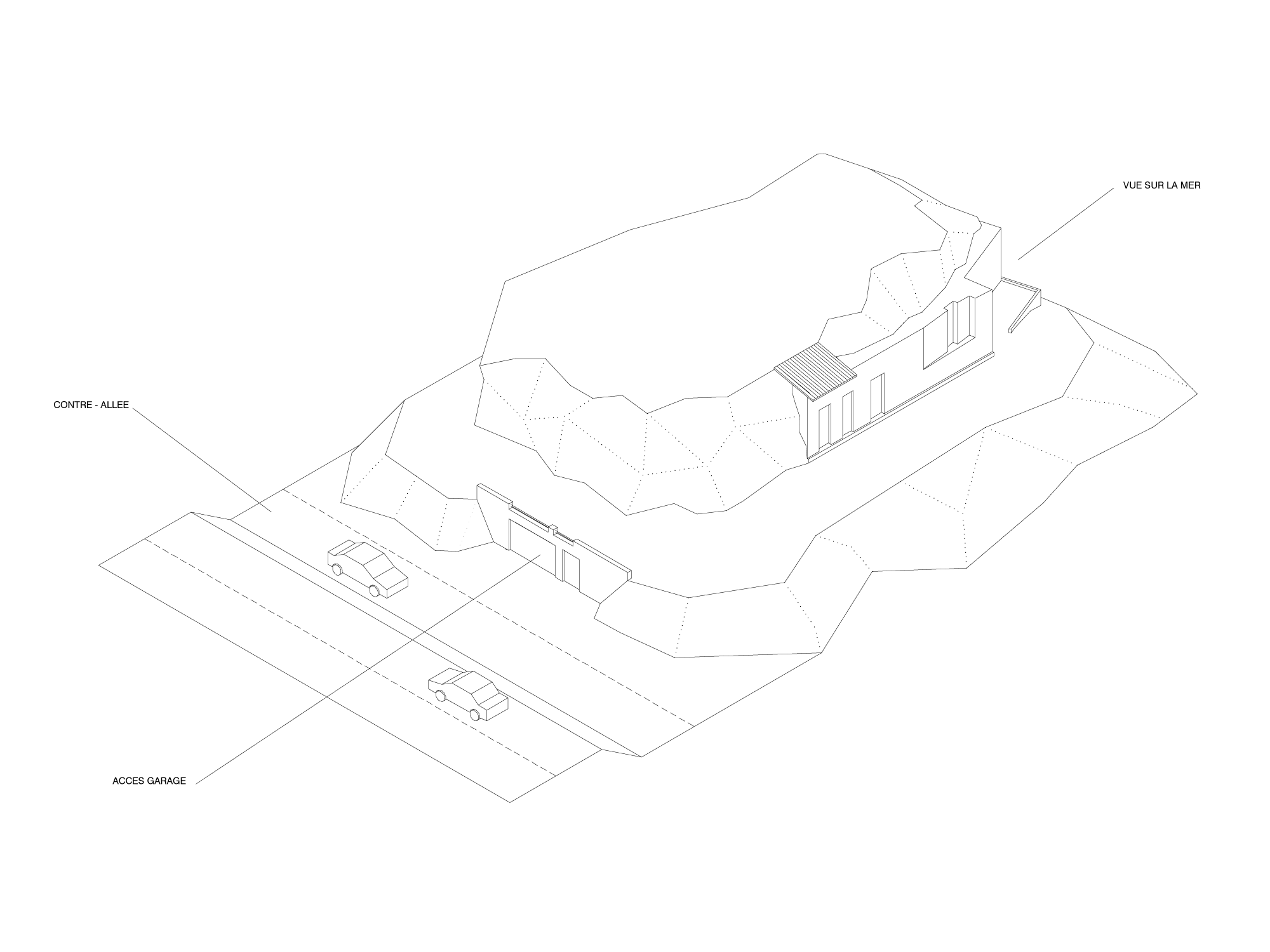