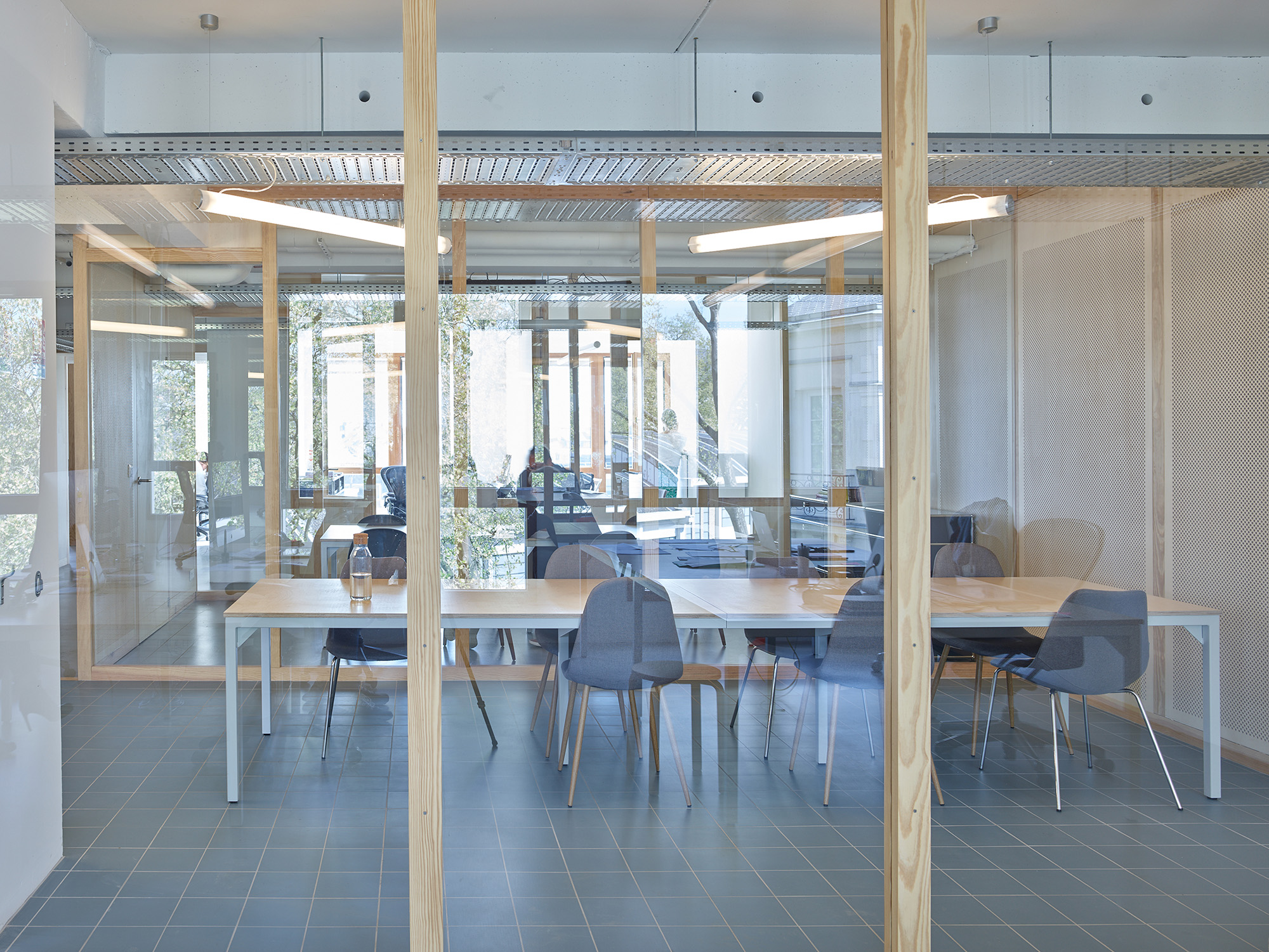 The site : an office space located on the fourth floor of a 1980s building in Nantes. The programme : new offices for an advertising agency, Antigel : “somewhere simple yet surprising” according to the phrase used by the three associates. Our own little philosophy : to focus on the essence, without embellishments ; reality, with all its rough edges and contradictions, is always surprising and poetic. The method : strip away all superfluities, arrange into sections, organise flows, bring in lots of light, supply electricity, then furnish.

The collaborative model of the Antigel agency is based around two hubs, project creation and management, and employs an operational approach favouring direct and continuous interaction between employees. This means frequent meetings and impromptu discussions are key. The depth of the premises (19 m) encouraged us to make optimal use of this dual-aspect character, in order to allow all spaces to benefit from external views, and to bring the sunshine from the South facade into the depths of the building. In the interests of visual comfort, the creative hub is based along the north facade, the administrative hub along the south one. Within the core of the premises, all shared rooms and a number of annexes favour discussions and meetings.

Completely obsolete in terms of its layout and technical installations, the premises were entirely stripped out. The slab is coated with an industrial finishing (resin cement). The floor of the large communal area is covered with porcelain stoneware tiles, resembling a large winter garden. The entire new layout is constructed using a network of storey-high pine struts. These struts and their plywood panel fills allow an arrangement of glazed partitions, opaque, semi-opaque or perforated, to meet differing needs in terms of visual and acoustic privacy, while retaining an overall visual homogeneity.

The main items of furniture have been custom designed. The worktops are made from birch plywood on a base of square steel tubes, with welded joints reinforced by triangular gussets in the manner of workbench units. Plug units are installed under the platforms, supplied by metal poles fitted on the underside of the flooring, allowing cables to be run in complete discretion. 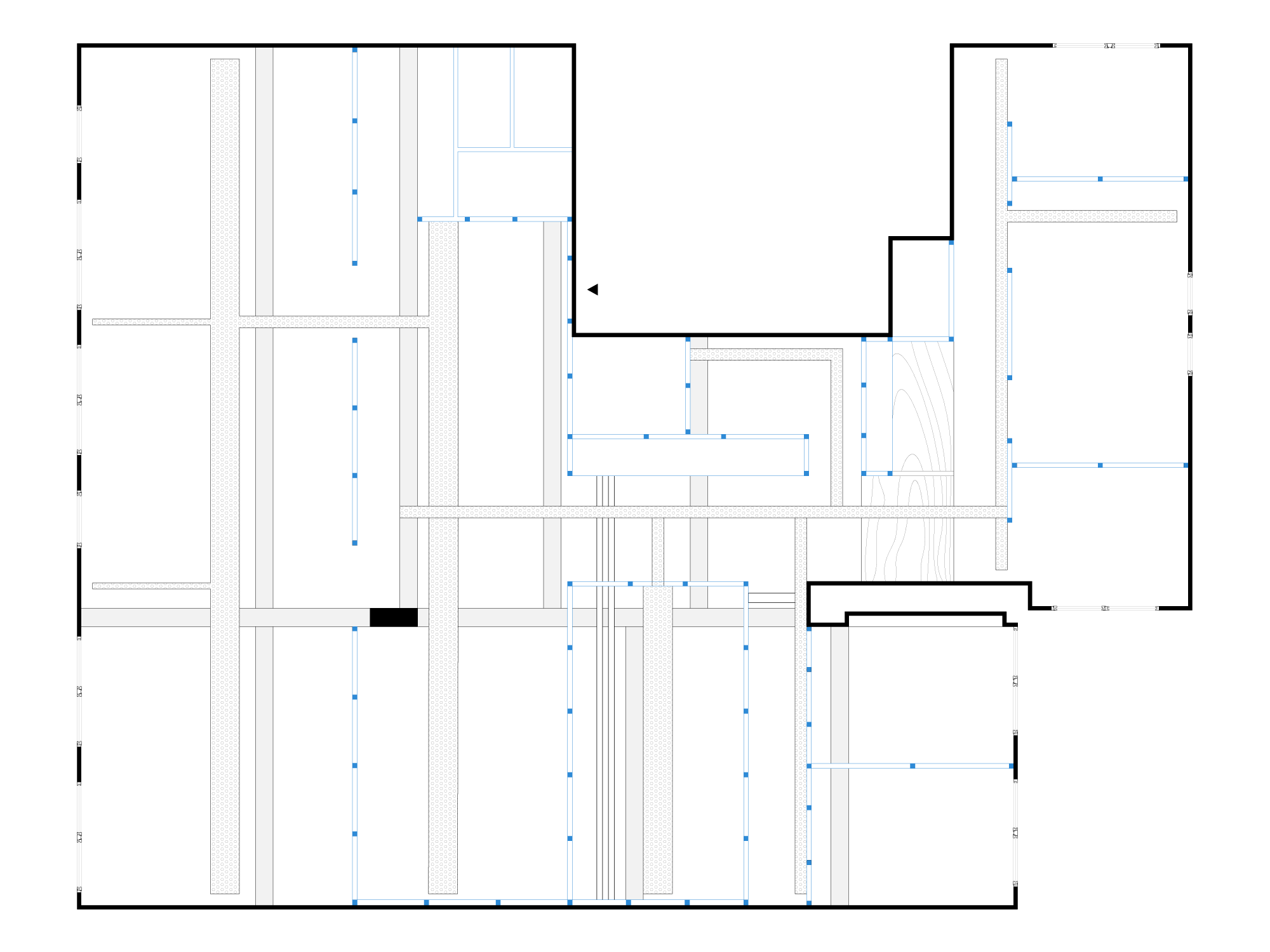 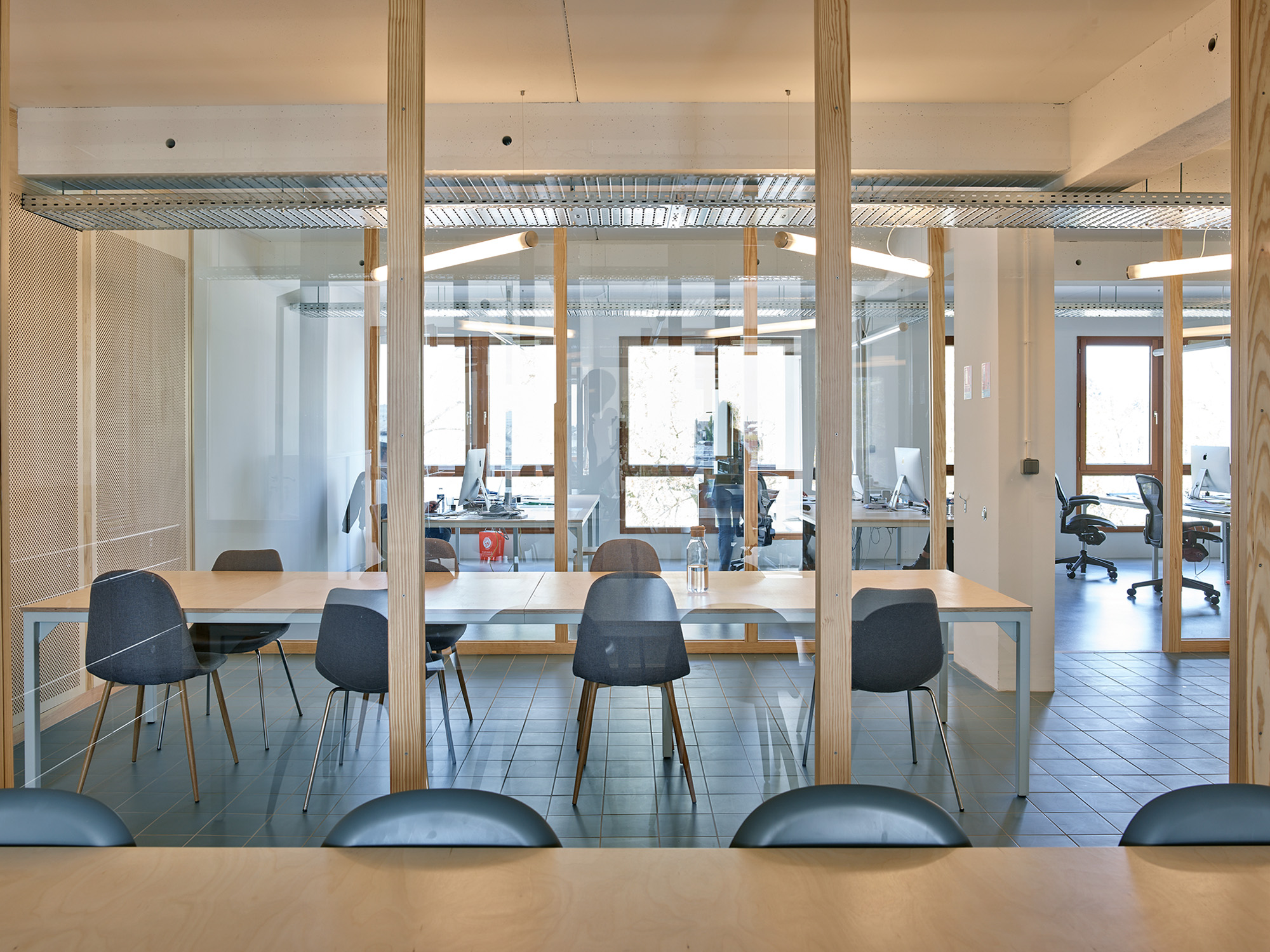 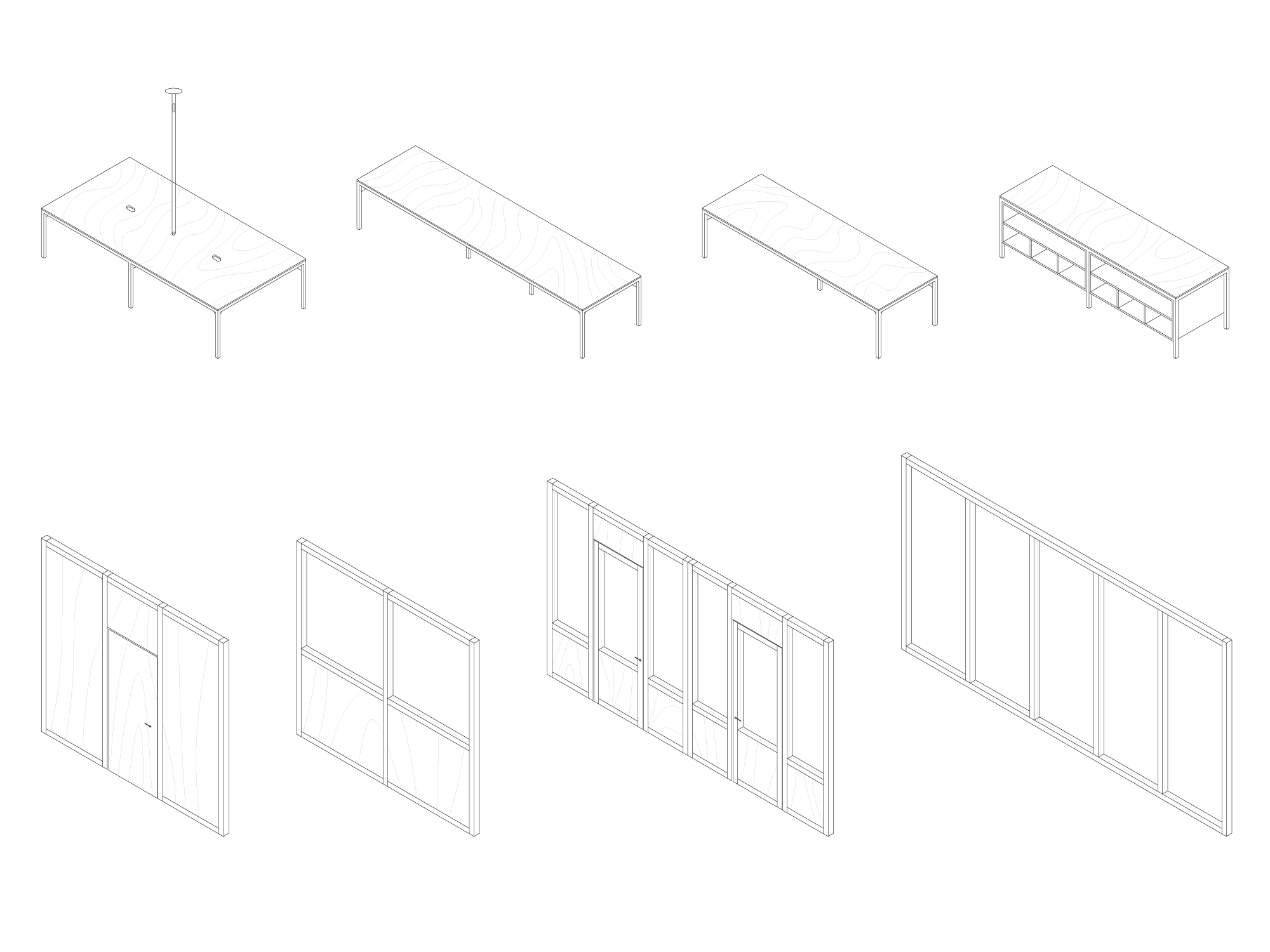 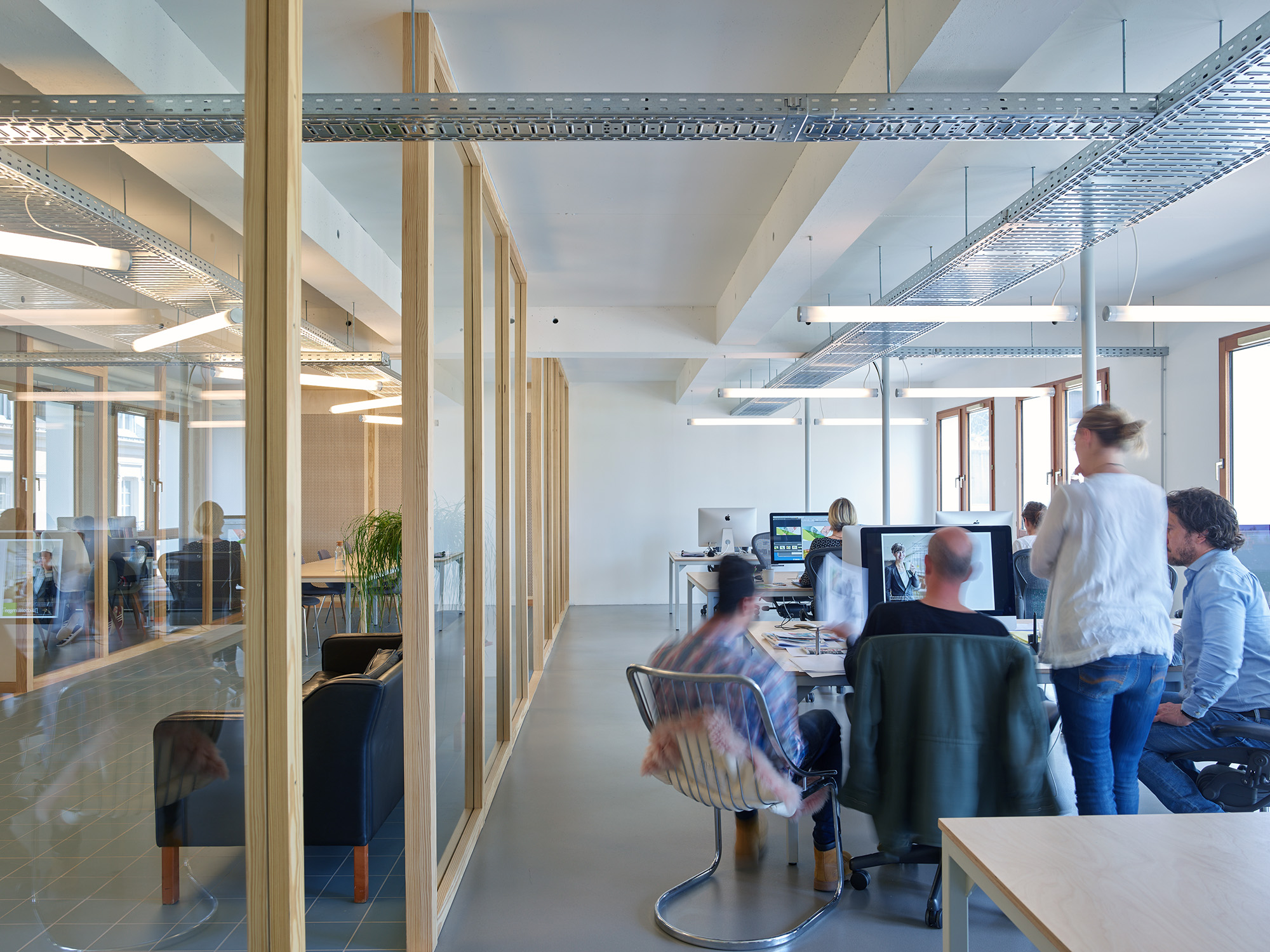 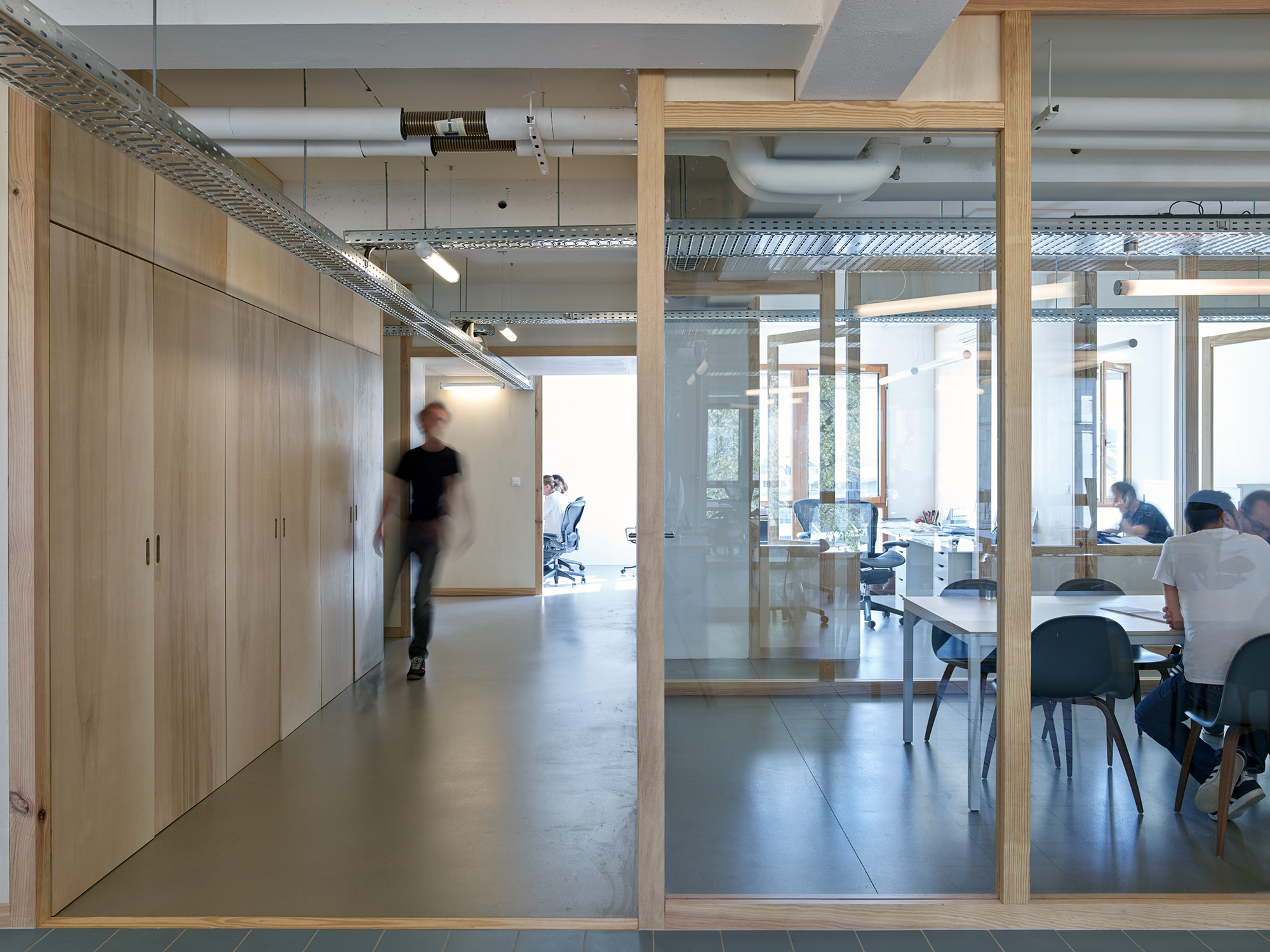 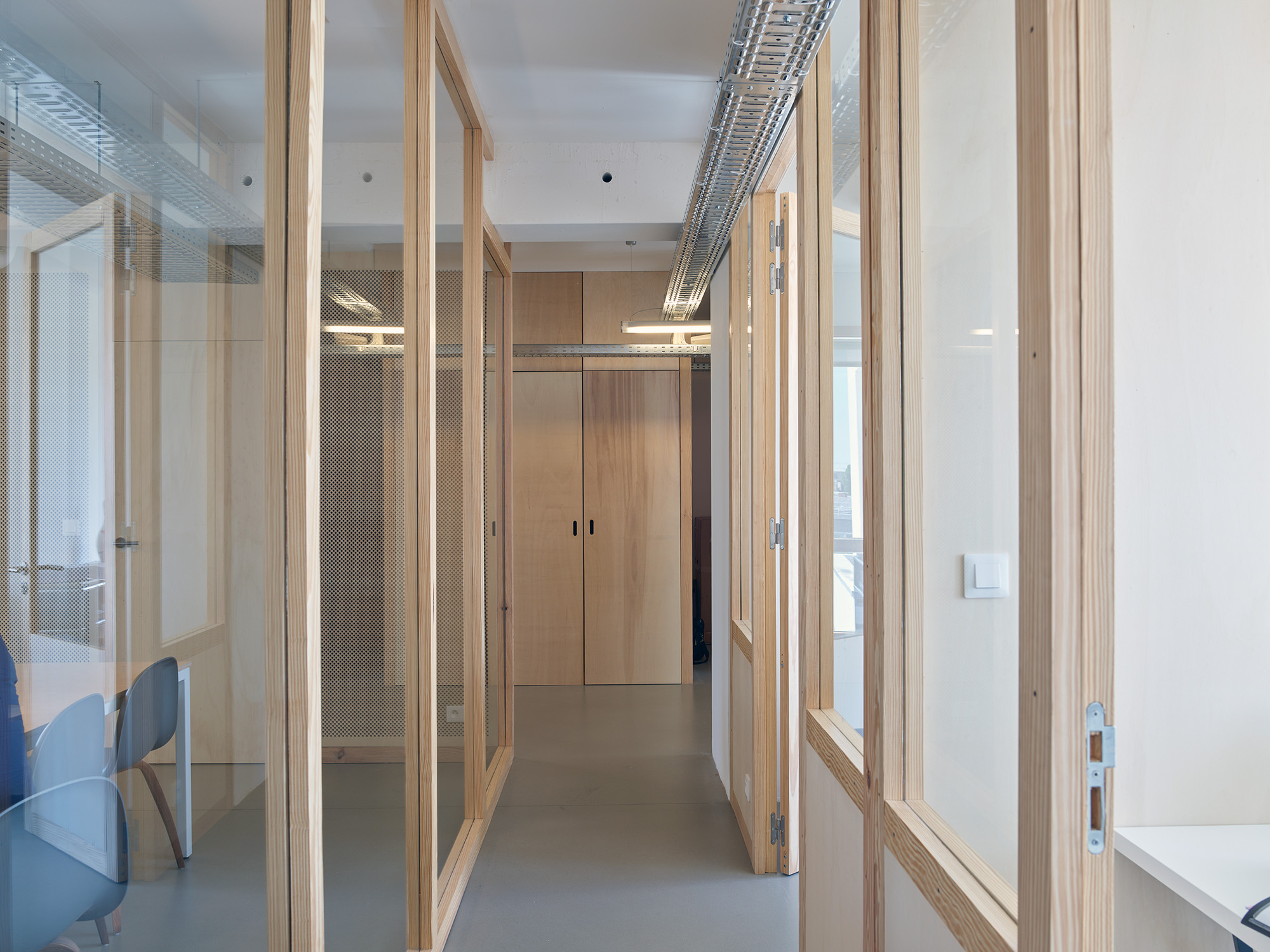