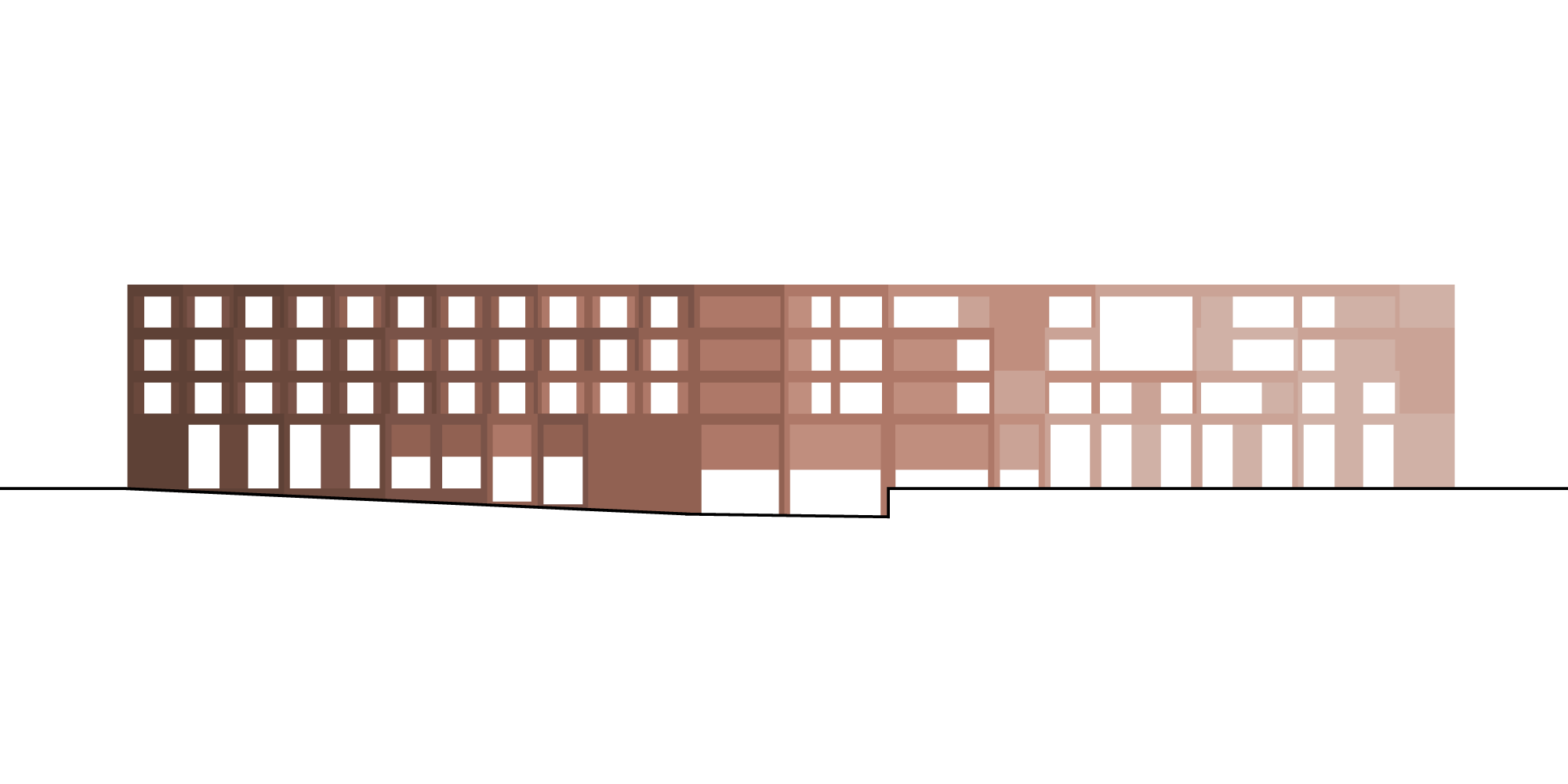 The development, divided across three buildings in order to facilitate its integration into a low-density urban environment, is organised around a planted courtyard surrounded by a canopy. This canopy connects the different entrances and provides a protected pathway as well as a threshold space between the indoor areas and the garden.

Similar to a cloister, the project is organised in concentric fashion, with the common spaces and circulation routes all being located around the garden, and the more intimate spaces facing the exterior of the block. From the alcoves formed by the windows in the bedrooms, to the little porches formed by the entrances within the circulation routes, or the large loggias facing the garden, each space is thus linked to a much larger adjoining space.

The buildings offer a perennial yet scalable principle in terms of structure and facade. A single longitudinal bearing wall provides great flexibility in terms of internal partition. The supporting facades, designed as cavity walls, present on their outer face prefabricated concrete panels, coloured in reddish tones close to the local grinding stone. These concrete panels, varying in dimension according to the structural framework, include recesses which reinforce the regulatory reading of this framework, while also enabling a certain flexibility in the positioning of the various openings. 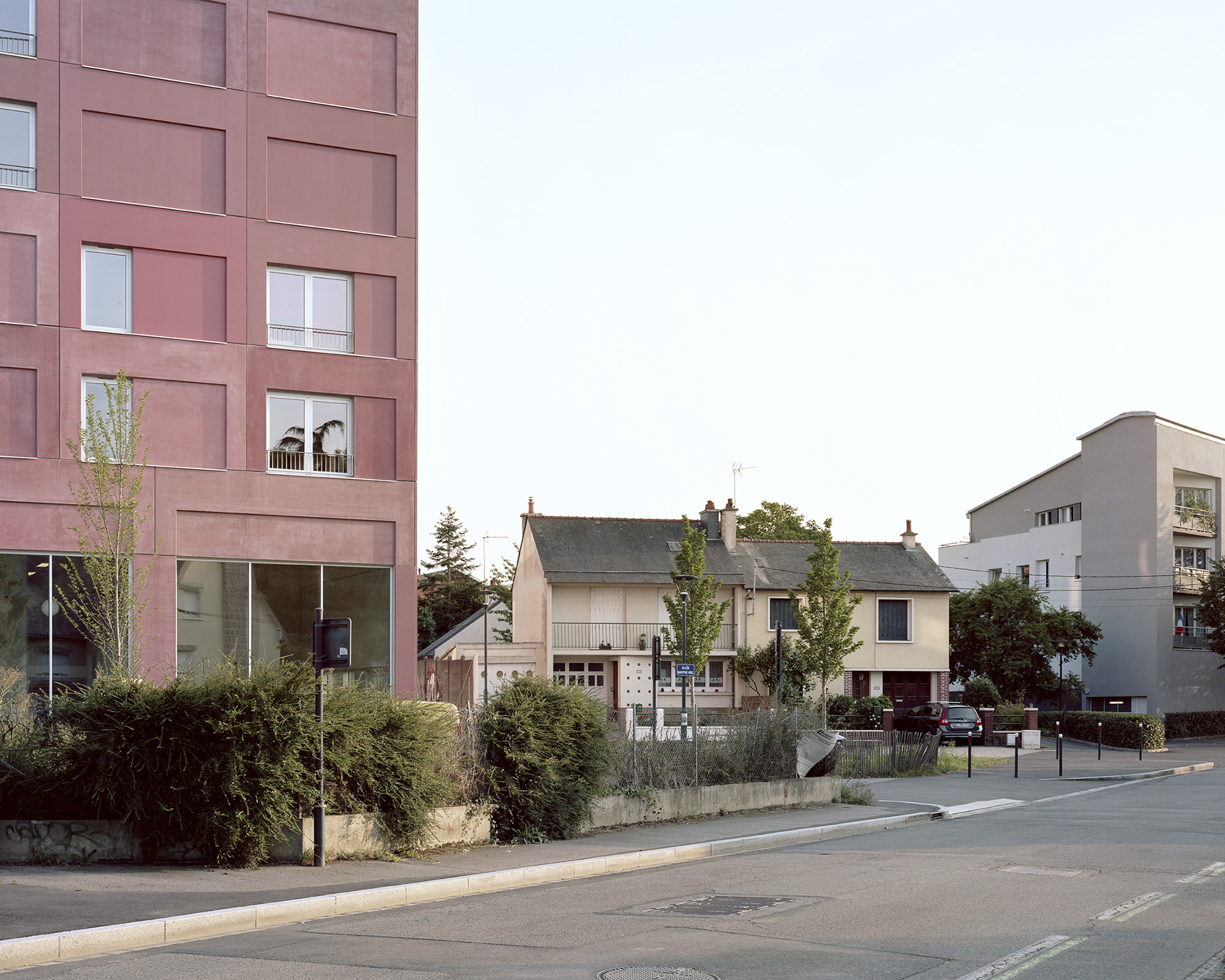 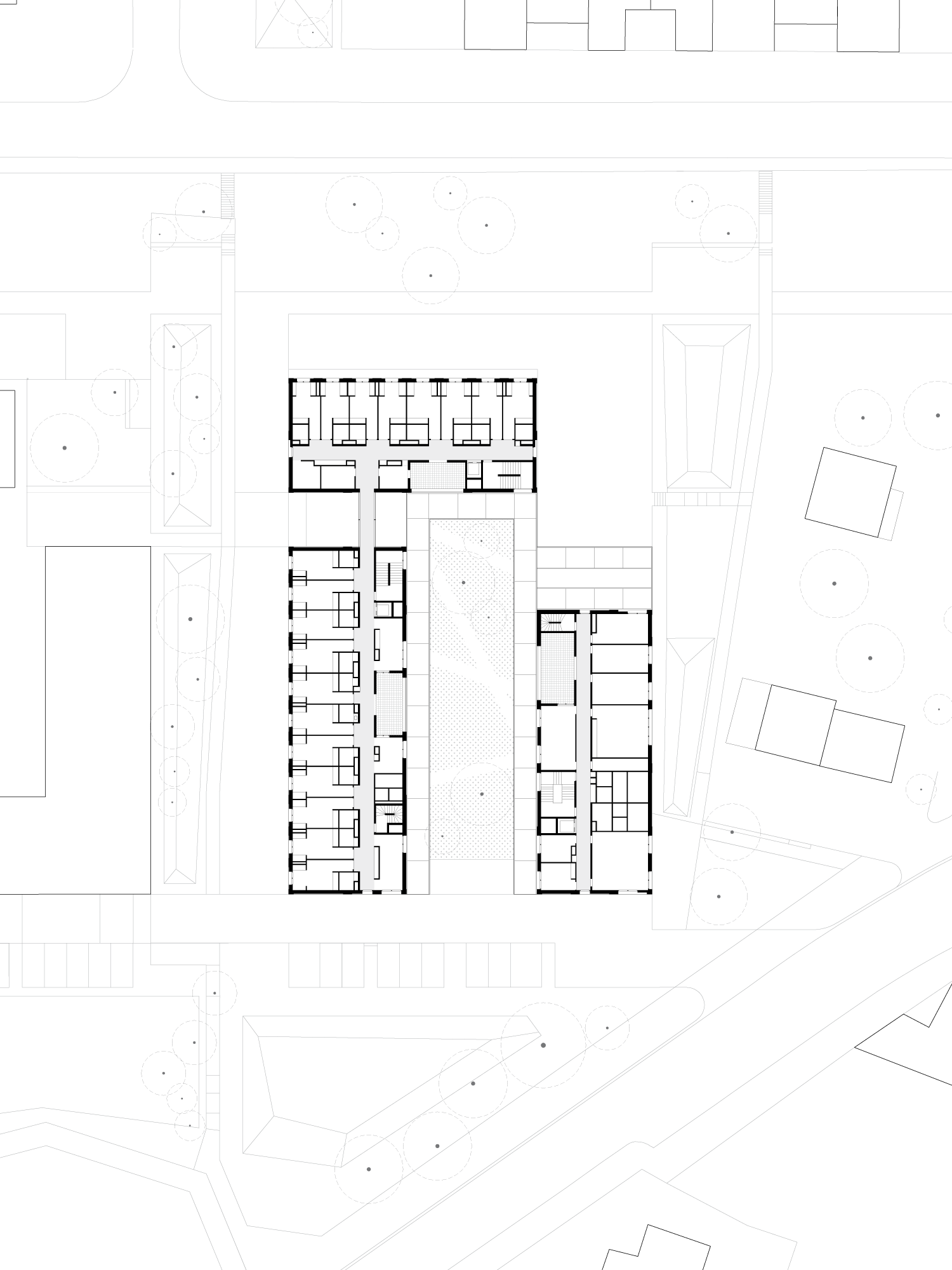 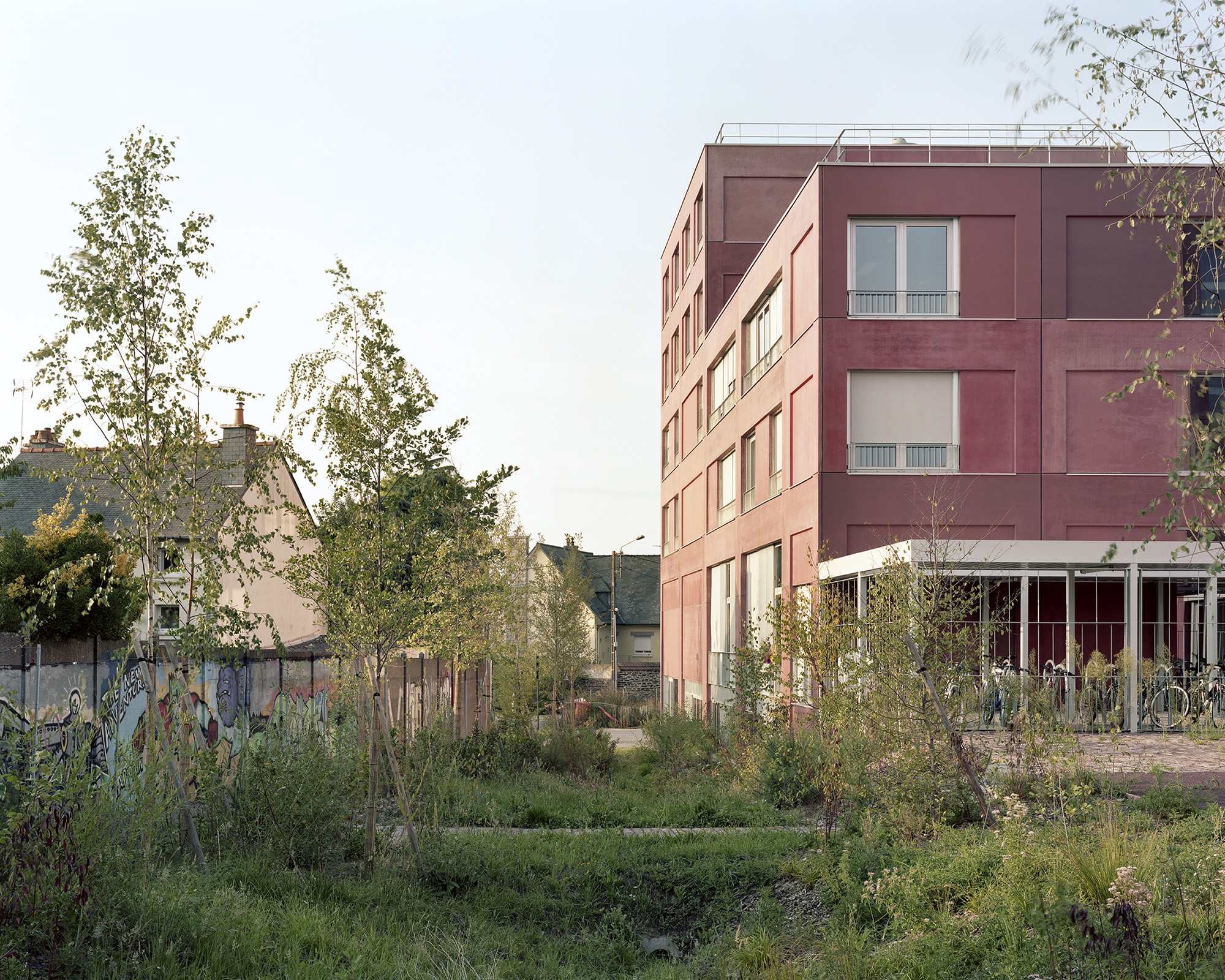 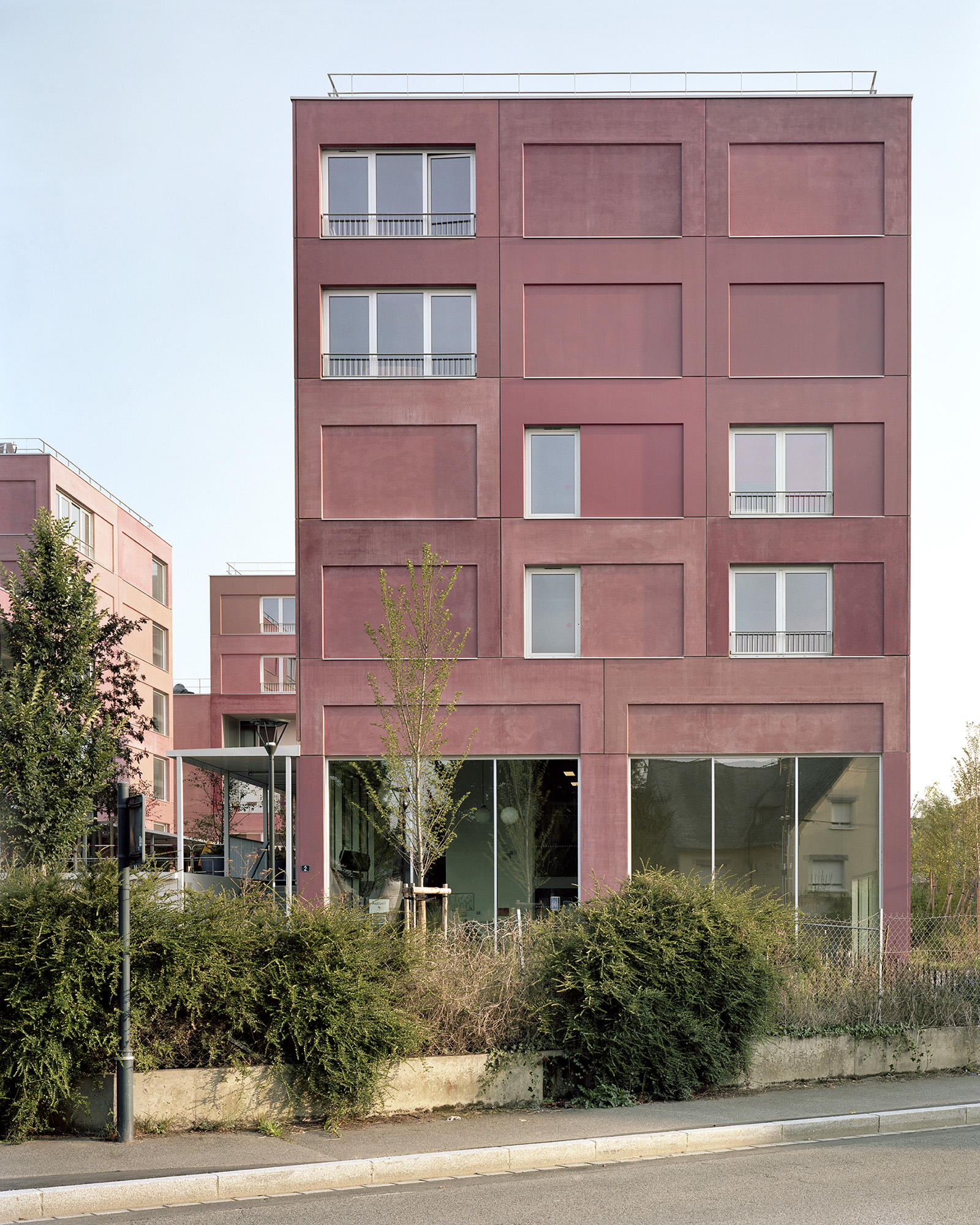 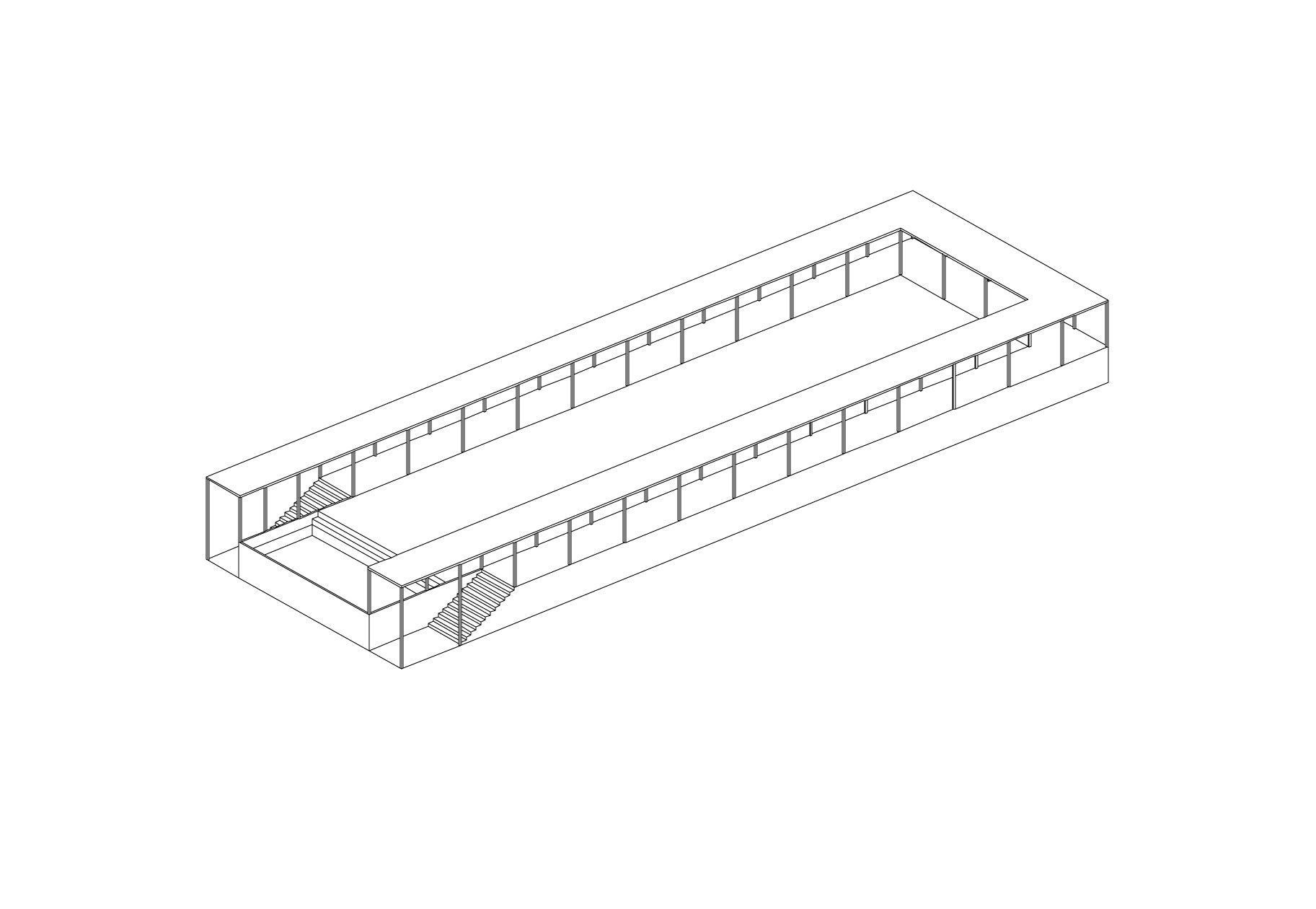 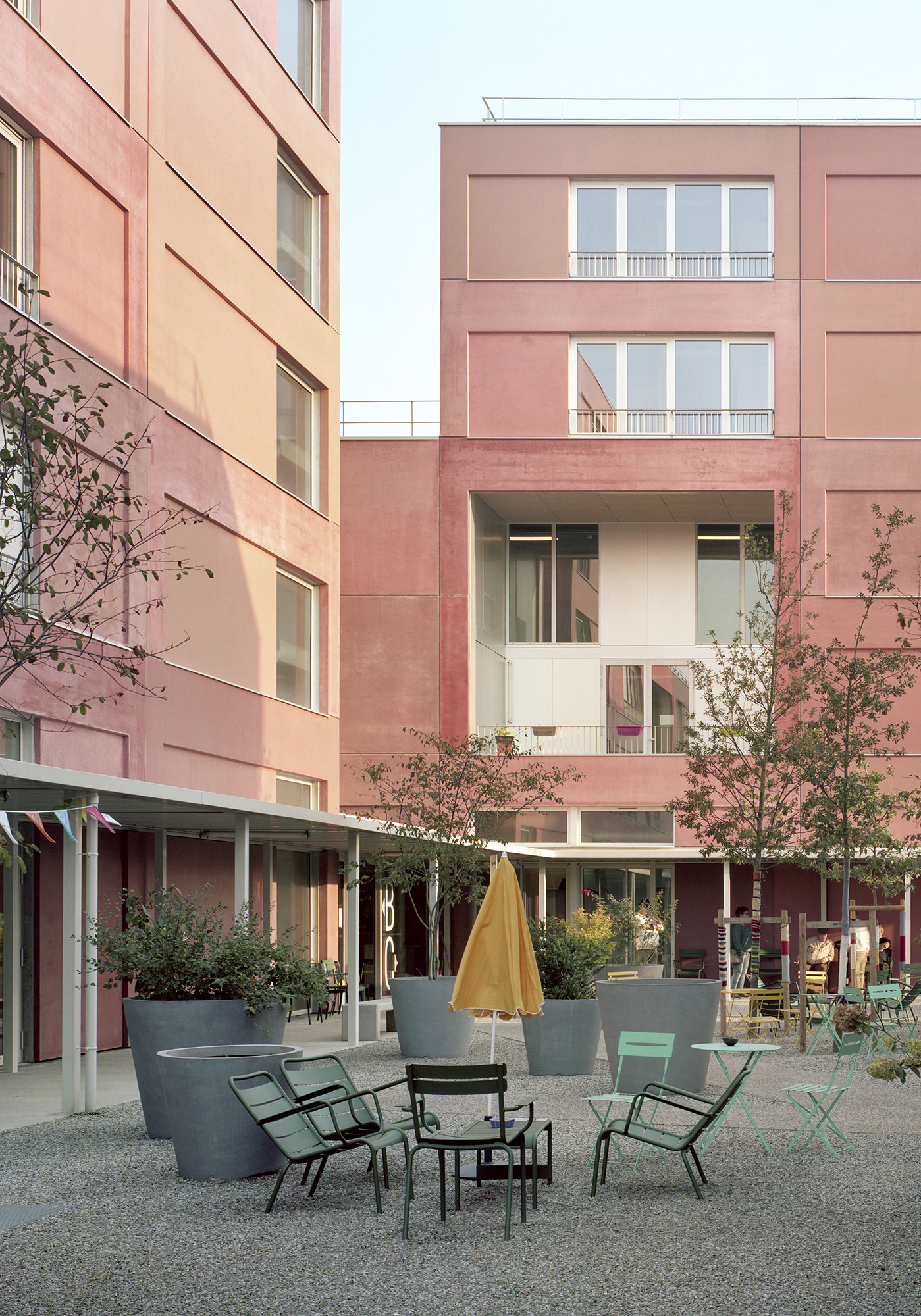 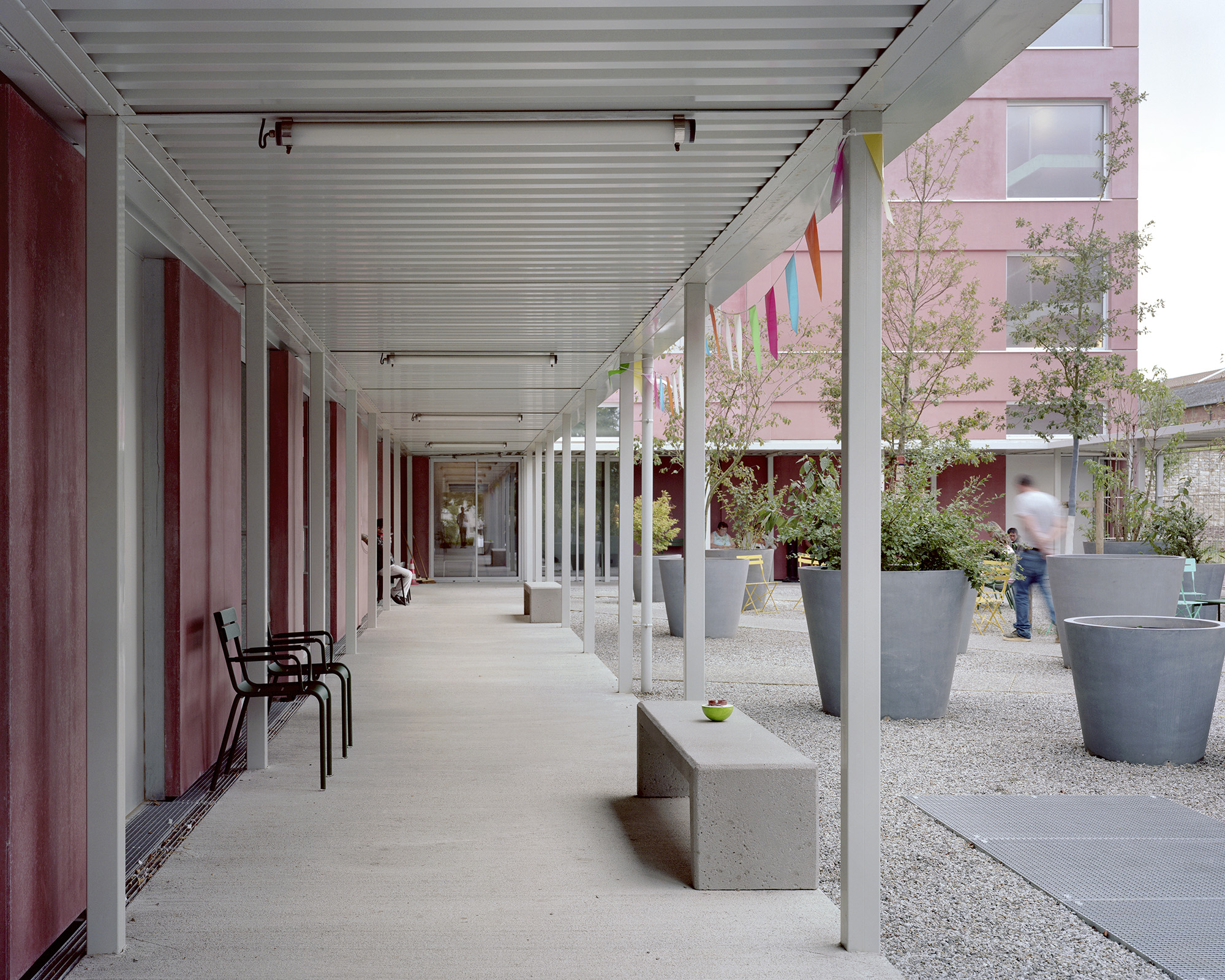 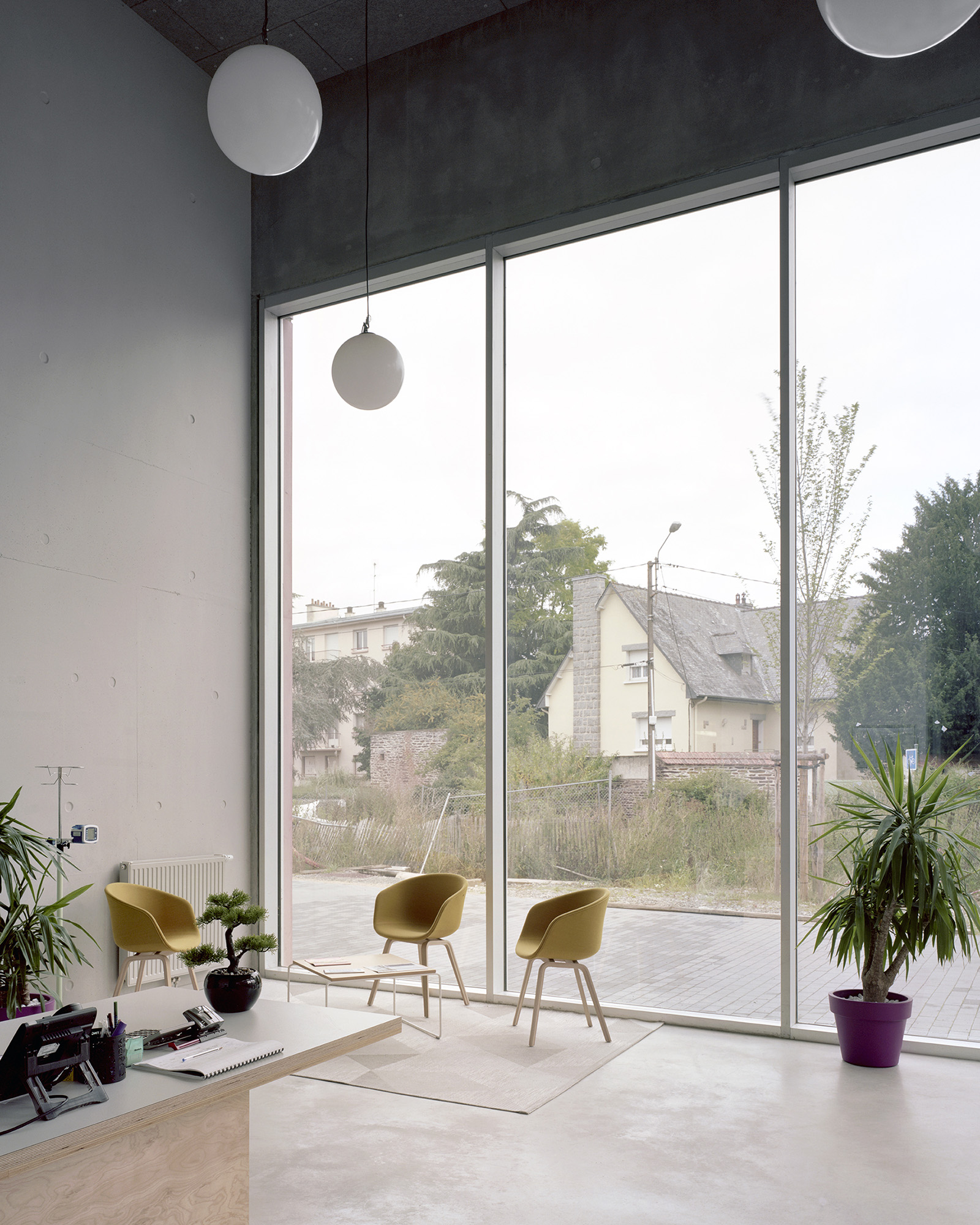 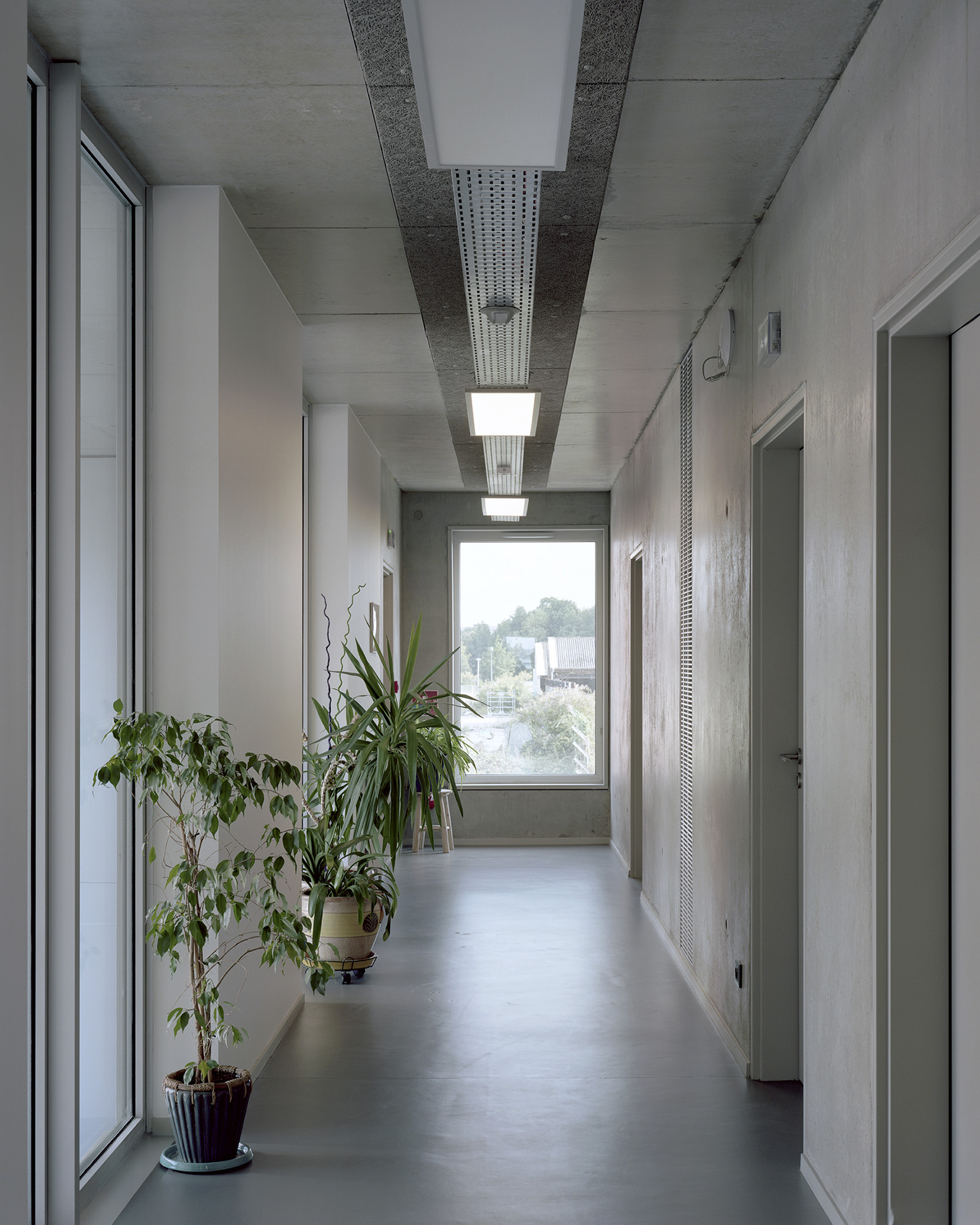 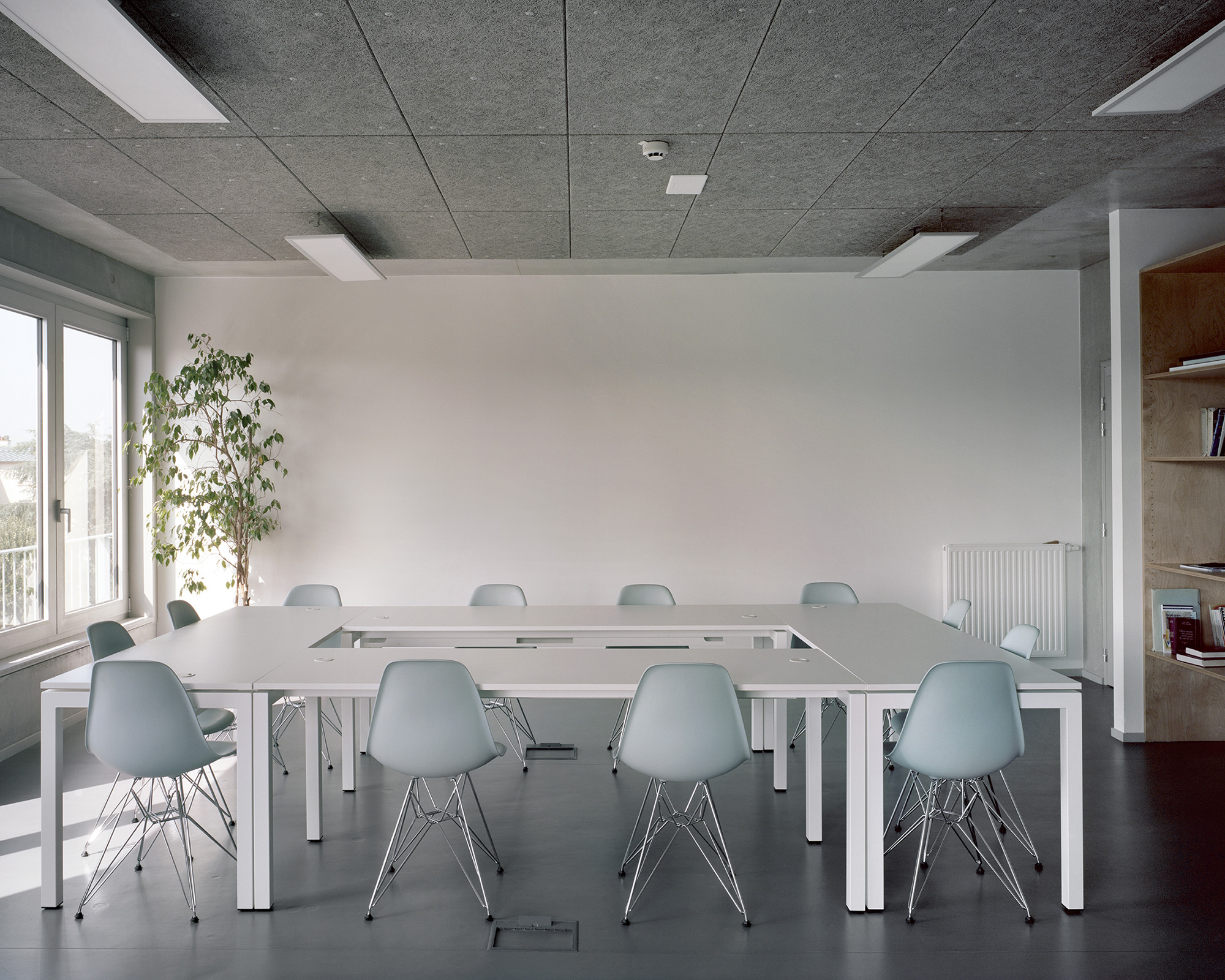 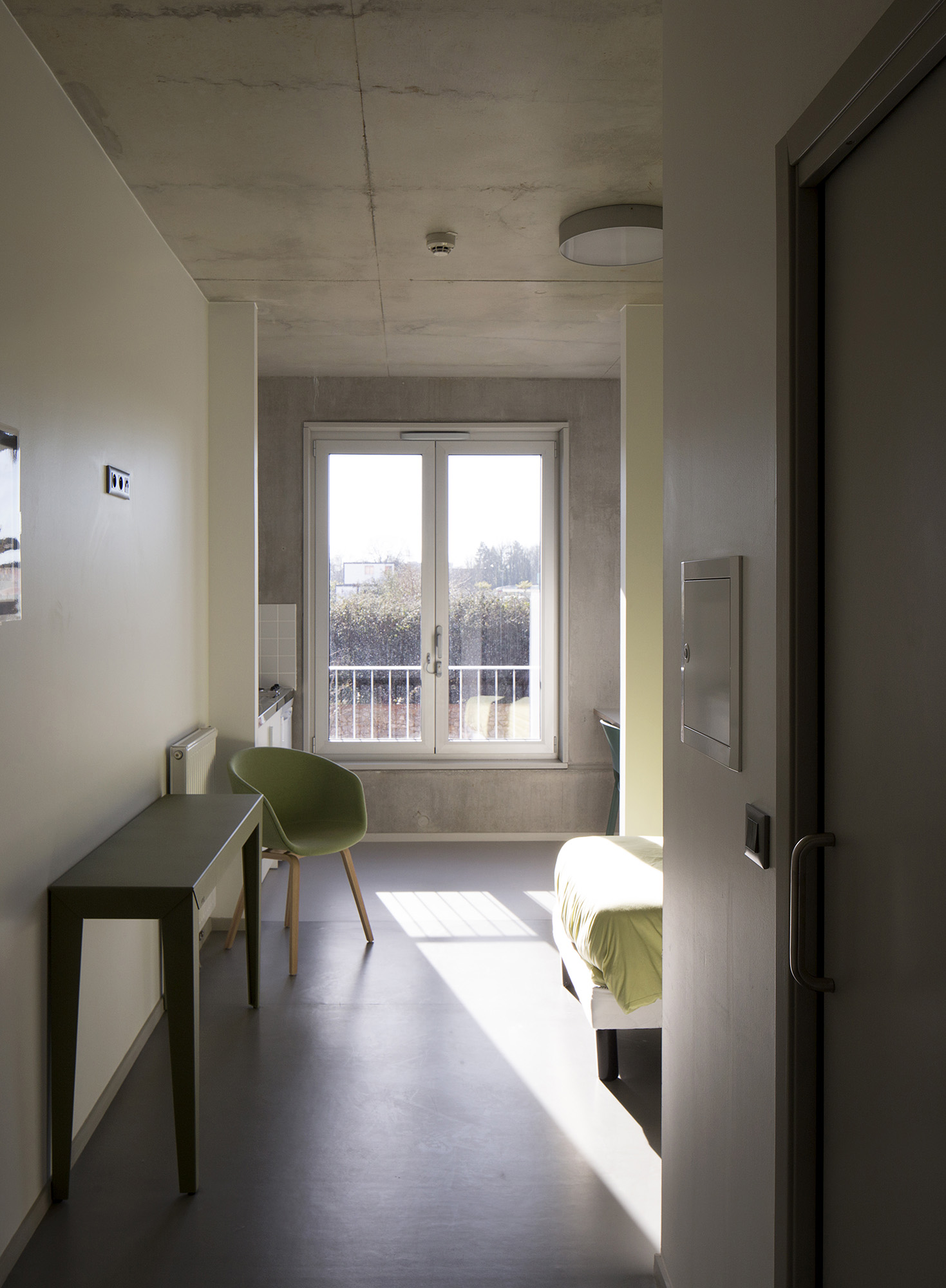