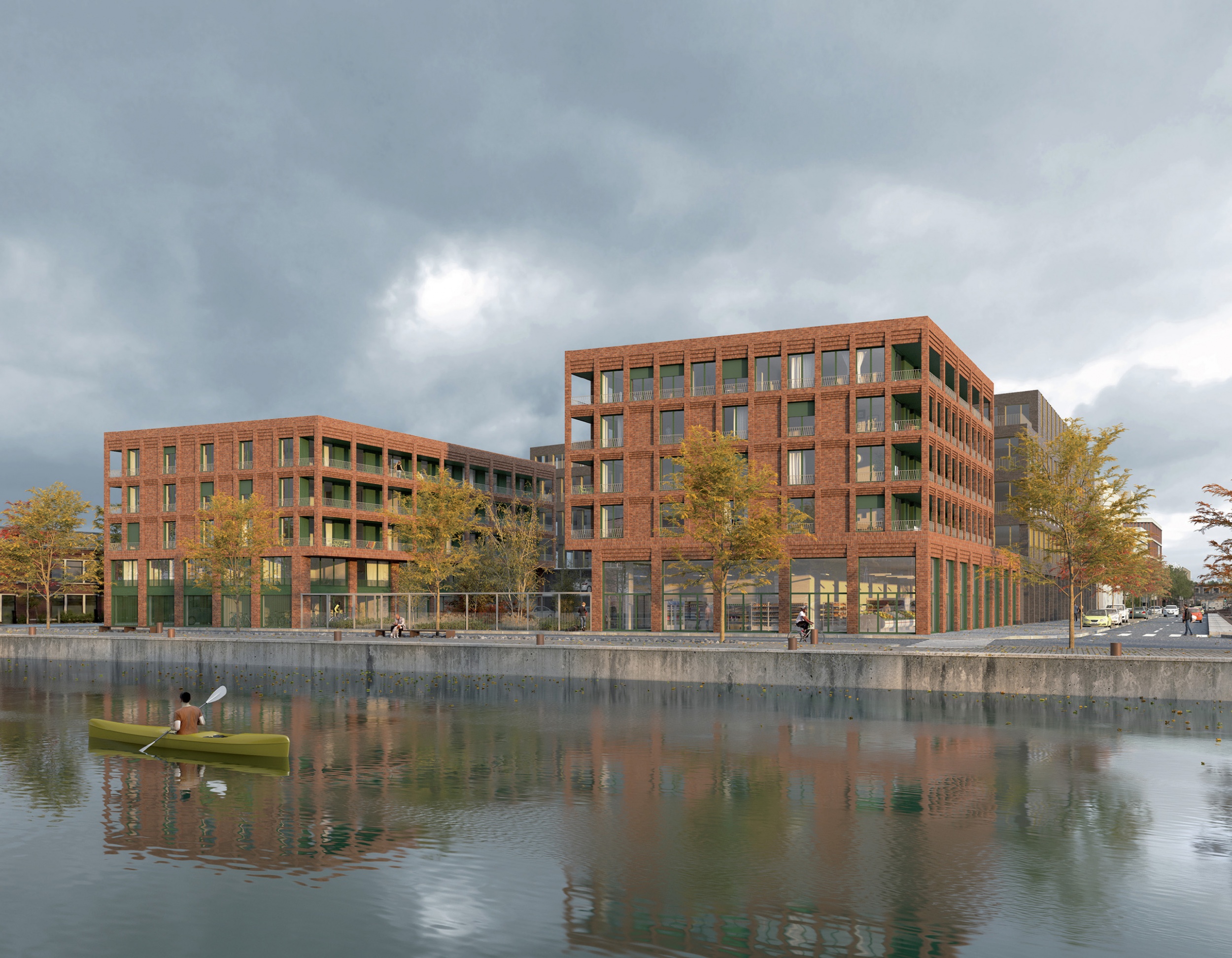 The volumetry of the building consists of a U-shaped base, organized around a landscaped court which opens toward the channel. It is topped with two main buildings situated on both sides, perpendicularly to the quay.

The base comprises double-height cells for retails, and two levels of collective services around the courtyard, including accesses, as well as some small housing units. The base also includes a two-level car park located along the adjoining plot.

The structural concept of the project is based on a flexibility principle. Each building is organized around a concrete core that accommodates common circulations and water-rooms, and a perimeter carrying shell. The non-bearing facades overlooking the loggias, are made of a wood frame. This simple and economical system allows a flexible typological organization, and evolutionary in the long term.

To reinforce the tectonic aspect of the façade, the brick used is of an unusually large size (20x10x10cm) that is close to a masonry element. This strengthens the dimensional coordination of the different elements of the façade (lintels, trumpets, posts) while giving them a singular scale. The general ordinance of the facades is marked by a hollow modenature whose vertical elements form colonnade in front of the loggias, their spacing varying according to orientations and floors. This modenature is reinforced by a lintel corbelling detail alluding to the long wall situated along the Winston Churchill Street. As a counterpoint to this mineral atmosphere, the wooden frame facades of the loggias are coated with dark green plywood boards, matching the colour of the window frames. 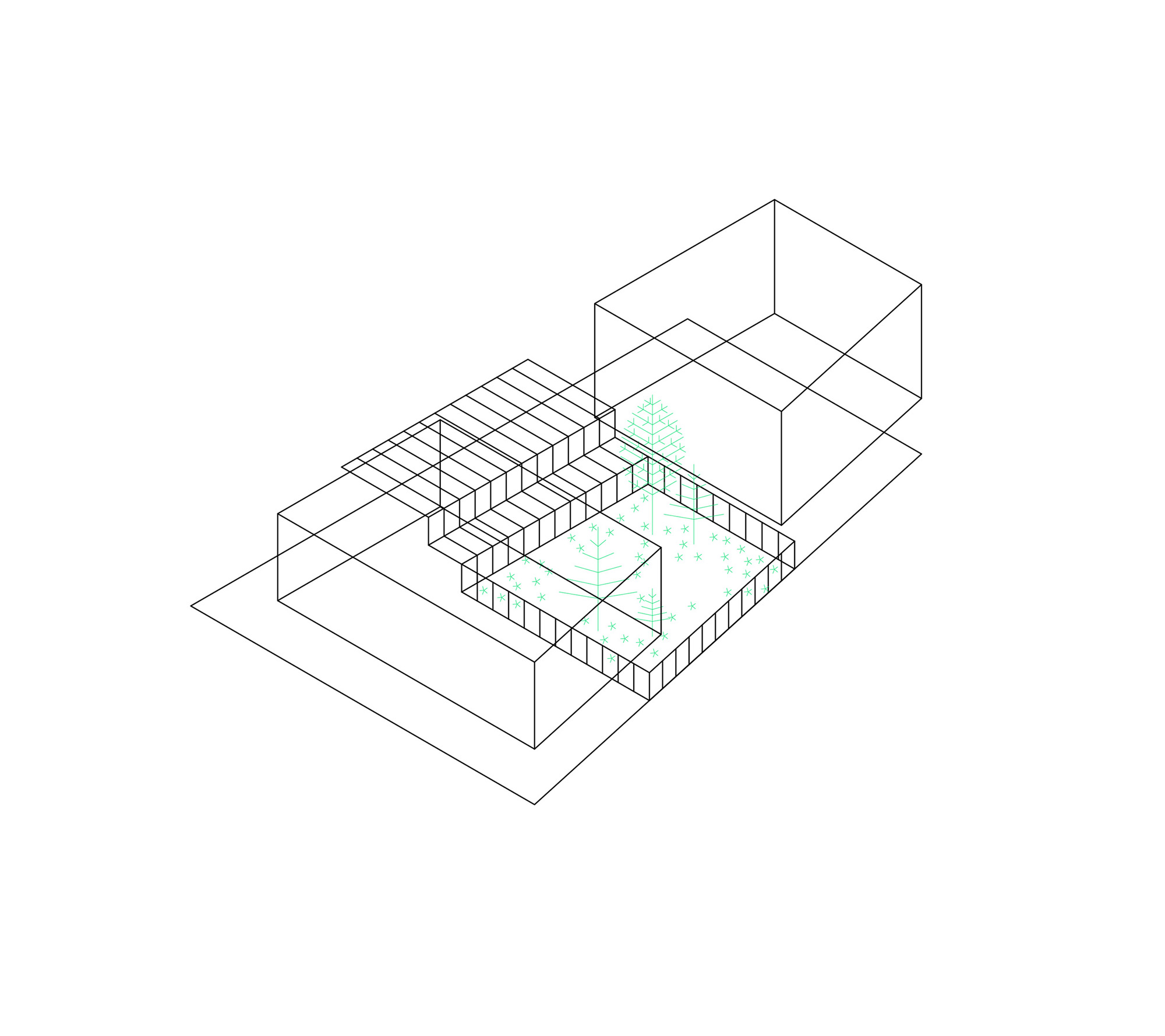 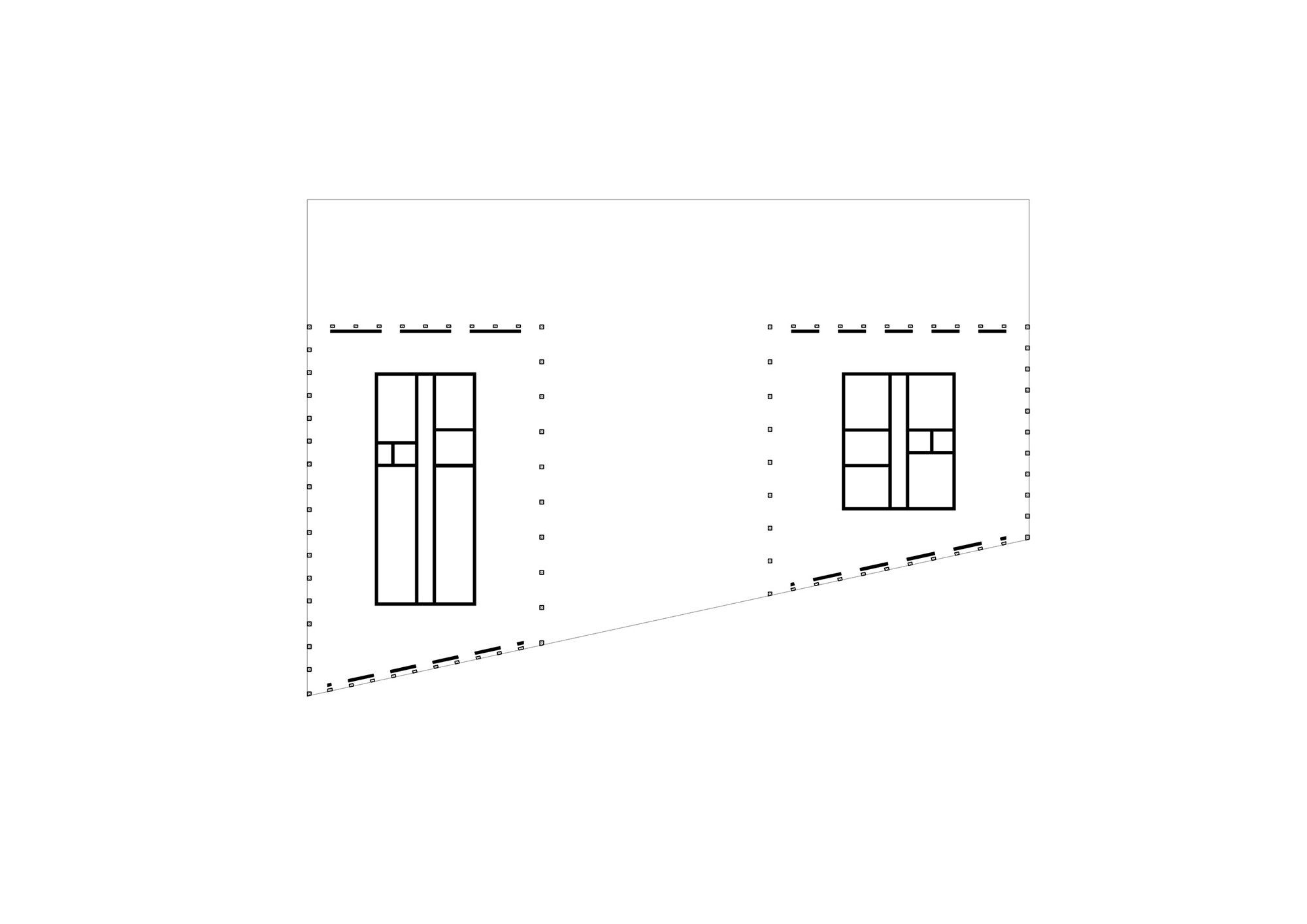 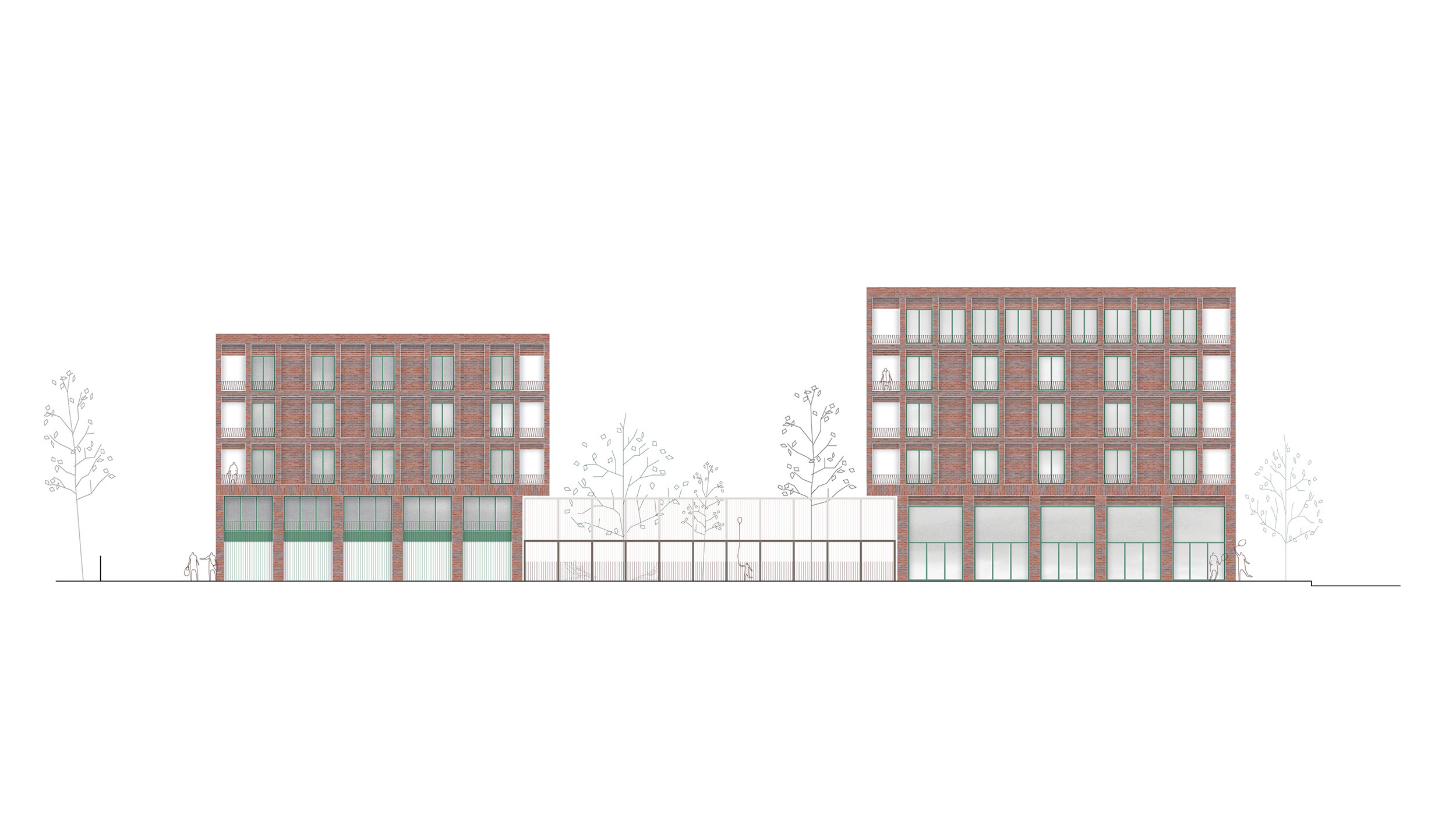 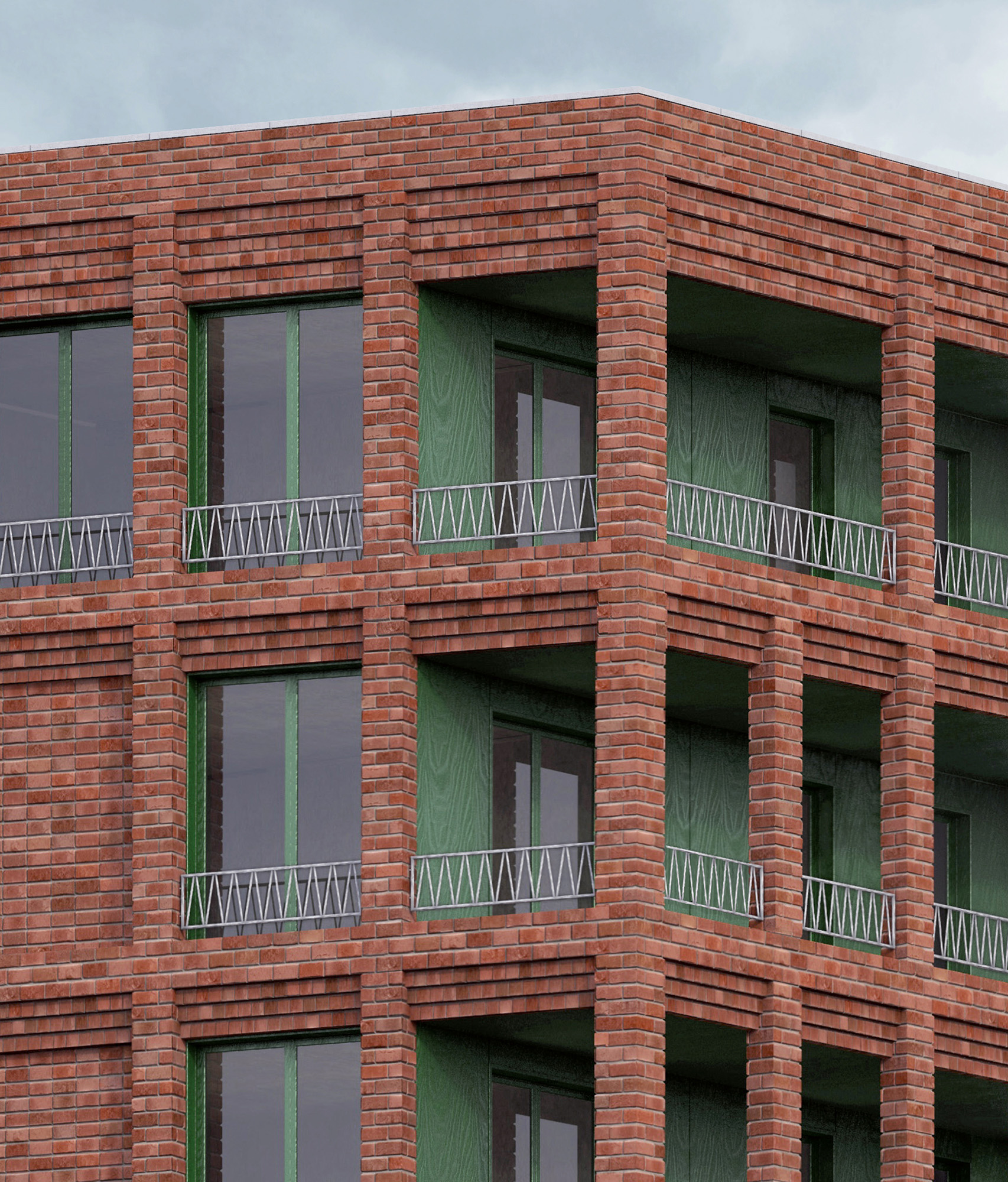